The latest news in the world of video games at Attack of the Fanboy
January 2nd, 2017 by Mike Guarino 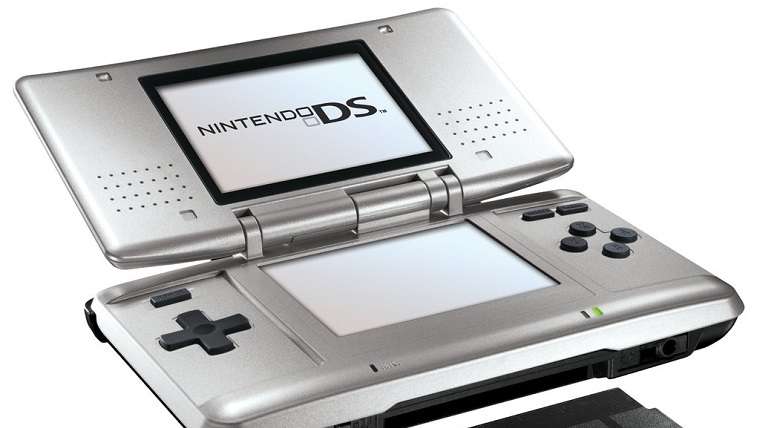 Looking back it is easy to see that the Nintendo DS was a massive success for Nintendo, featuring big sales and lots of fantastic games being released throughout its lifetime. However, the announcement that the handheld would feature two screens at the time was very shocking, and it was apparently just as shocking when the idea started at Nintendo.

Satoru Okada was General Manager of Nintendo Research & Engineering during that time and recently did an interview with Retro Gamer Magazine, where he revealed some interesting backstory on how the idea of the Nintendo DS began. “Actually, after the SP, we were working on the newest model in this range,” said Okada. “The code name for this new Game Boy was IRIS, like the flower. The explanation for this name is simple: since it was for us the fifth generation of Game Boy, we chose the symbol of May (the fifth month of the year). In the Hanafuda playing cards, the month of May is symbolized by the iris. The project was moving forward at a good pace but during the development, something at unexpected happened.”

He continues by revealing that “President Iwata then came to see me. He was obviously bothered and he said: ‘l talked to Yamauchi-san over the phone and he thinks your console should have two screens… A bit like the multi-screen Game & Watch, you see?’ Everybody is aware of this, but what people do not know is that at the time, everybody hated this idea, even Iwata himself. We thought it did not make any sense.”

Okada finishes by saying “Unlike many people in the company, I was not afraid of Yamauchi-san. I had already fought with him over different issues and I also sometimes publicly opposed his ideas. But Iwata turned me down and said ‘No, we will still give it a try. See what you can do with [it].’ We were both bothered by this, especially since it meant that we had to start all over with our project! So I tried to put my team at ease and I told them ‘I have some experience working with double screens, we will give it our best shot and we’ll see, don’t worry.’ It became project Nitro, released in 2004 under the name Nintendo DS…”

It was definitely a big risk at the time, but the influence that the DS has had on Nintendo following its launch has been nothing short of massive. Their next handheld went on to continue the dual screen design, and even Nintendo’s Wii U incorporated a two screen approach. The company has found a lot success in their lifetime, but the DS will forever sit near the top of their accomplishments.