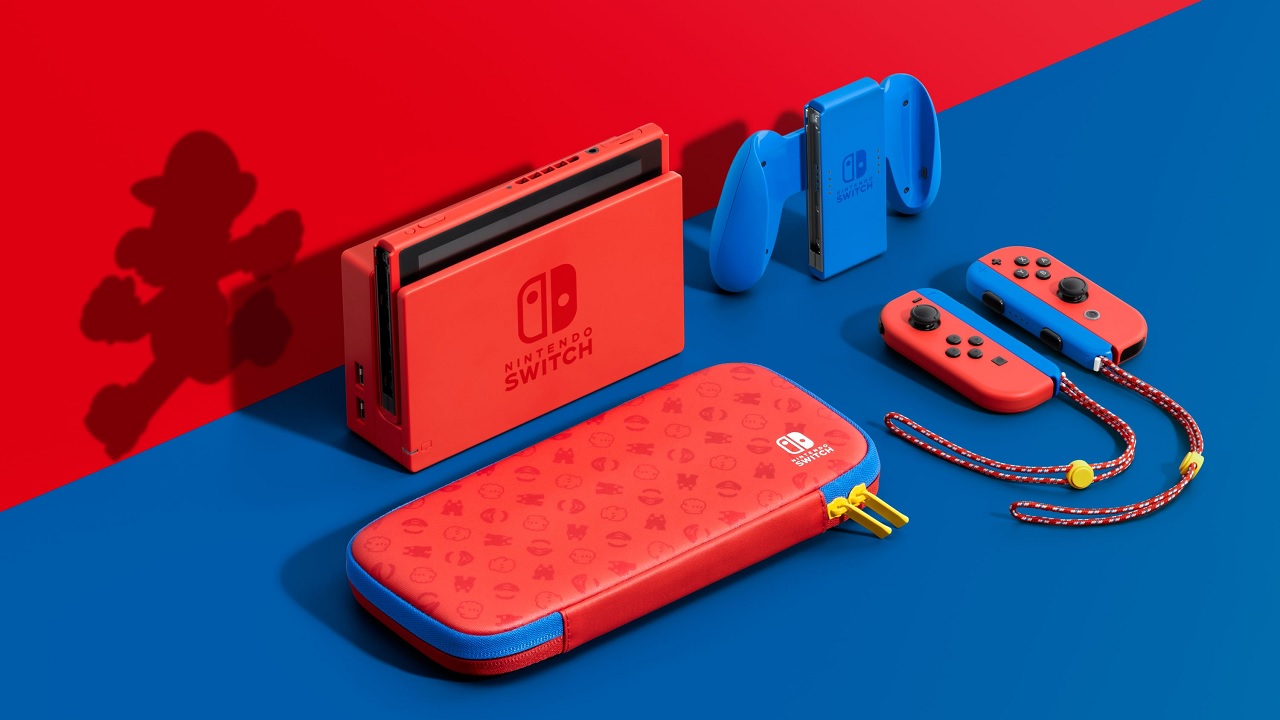 There have been a number of different Nintendo Switch console variations since the launch of the console, often tied around a new game release like Animal Crossing: New Horizons or Super Smash Bros. Ultimate. Surprisingly, one of the laziest of the special edition consoles was the one that released with Super Mario Odyssey, that simply included two red Joy-Cons and a carrying case. Nintendo is now making up for that one though with a new special Mario Red and Blue Nintendo Switch.

One month ahead of the release of Super Mario 3D World + Bowser’s Fury, Nintendo put out a new trailer for the game. That was not all they revealed today though, as they also unveiled the brand new Mario Red and Blue Nintendo Switch. This console will be coming alongside the release of the game, but is not exclusively tied to it as a special edition or anything.

The Mario Red and Blue console, as can be seen in the above image, features a completely red Switch dock, two red Joy-Cons, a blue Joy-Con grip, two exclusive Joy-Con straps, and a special Mario themed carrying case with a screen protector. The included red Joy-Cons are different from the ones released with the Super Mario Odyssey Switch before, while also appearing to be different from the neon red ones that can come with one of the basic Switch systems.

The Mario Red and Blue Nintendo Switch will be launching alongside Super Mario 3D World + Bowser’s Fury on February 12, 2021 with a retail price of $299.99. This edition will not include the game however, as it is not directly tied to that release besides releasing on the same day.