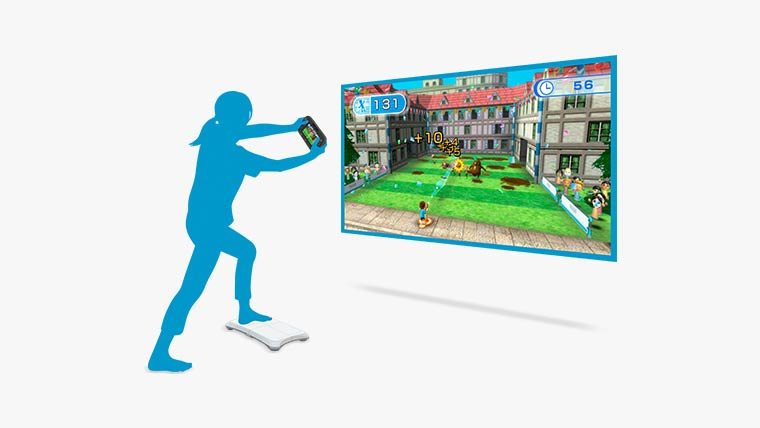 Nintendo has unsurprisingly dropped another Direct video — this time detailing everyone’s favorite bathroom scale, the Wii Fit. This is really the first time we’ve head anything of Wii Fit U since E3 last year. Ultimately, it looks like more Wii Fit — which isn’t necessarily a bad thing — but now comes with a pedometer-type device, similar to the included Pokewalker included in copies of Pokemon HeartGold and SoulSilver. More information on the new workouts and charts and graphs can be seen here on today’s Nintendo Direct.

However, in more interesting news in today’s Direct, Nintendo finally announced the return of the game that put the Wii on the map: Wii Sports. This year’s model is called Wii Sports Club — an eShop exclusive coming to Wii U this November. Wii Sports Club takes the original sports made popular on the Wii (bowling, golf, tennis, baseball and boxing) but gives them a nice HD upgrade for the Wii U. Each sport will work exclusively with Wii Motion Plus technology, allowing for more control and fidelity than in the original Wii Sports. Also, an online multiplayer mode has finally been added so you can play virtual golf with anyone in your registered state or region.

When you download the Wii Sports Club software, it’ll actually act as a hub for your sporting experience. You don’t automatically get access to all five sports, instead you are allowed to purchase them individually for $9.99 using a “Club Pass” or you can try out all the sports for a 24-hour period using a “Day Pass” which will cost $1.99. However, for the first 24 hours after initial start-up, all sports will be available as a free trial.

While Wii Sports is definitely what put the Nintendo Wii on the map, it’s been puzzling to see them not release a new entry on the Wii U. While this isn’t the sequel we’ve been looking for, I’m sure a lot of people will be happy to play virtual tennis with their family again, or via the Internet with people in their home state. However, this pricing structure is definitely interesting. What do you think? Would you rather just pay for a retail copy and get everything all at once, or do you like what Nintendo is doing with its à la carte structure? In the world of microtransactions and pay-to-win gaming, this new pricing structure makes sense. It’ll be interesting to see if Nintendo, and other video game publishers for that matter, continue with this fad of microtransaction and pay-as-you-go funding. See you all on the golf course!