The latest news in the world of video games at Attack of the Fanboy
June 24th, 2016 by Kyle Hanson 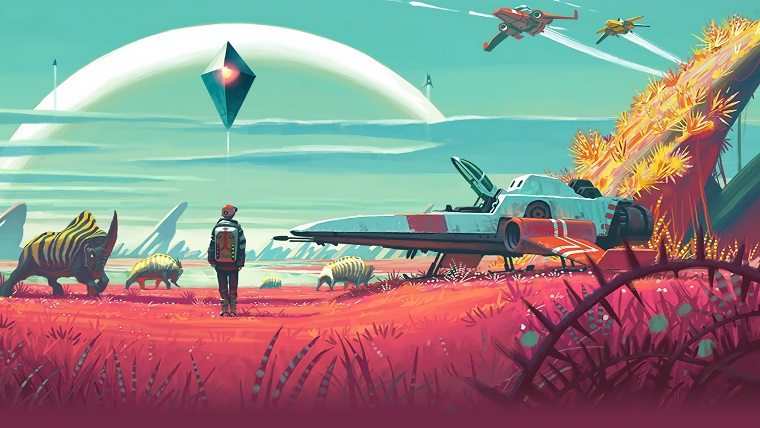 No Man’s Sky has been in the news a lot lately, and not always for the best of reasons. As the game approached its release date, it became clear that it simply wasn’t going to make it. Eventually, a delay was announced, pushing No Man’s Sky into August. Since then there has been a completed lawsuit, and a mysterious absence from E3, which set a lot of gamers speculating. However, No Man’s Sky developer Hello Games has issued a statement, which among other things assure people that development is going well.

“You might already know this, but we had to delay the game from its original June release date,” says Hello Games’ Sean Murray. “It’s now August 9 in north America, and August 10 in Europe. We knew that people would be disappointed, and we’ve certainly heard a lot from some who decided to tell us all about that. But we’ve also heard some super nice words of support as we make the final push.”

Murray then goes on to say that No Man’s Sky is the hardest thing that he’s ever worked on, and that it is “bigger than you can imagine. This is a type of game that hasn’t been attempted before, by a smaller team than anyone would expect, under an intense amount of expectation. And despite all of that, development is genuinely going well.”

Murray says that the team is devoted to getting the game to the level it needs to be for launch, and that they are devoting all of their time and energy toward this goal. The new release date is fast approaching, so they are likely in crunch time already, pushing the game to completion. He closes by saying “Thank you so much for your support and patience. The universe will be yours very soon.”