The latest news in the world of video games at Attack of the Fanboy
March 8th, 2017 by Kyle Hanson 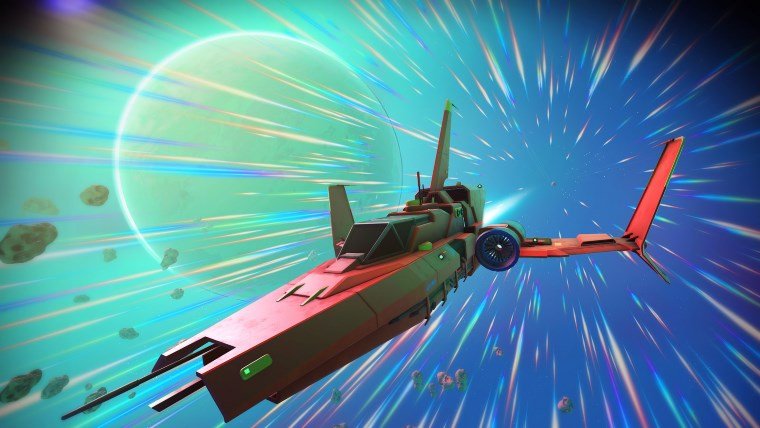 No Man’s Sky may still be seen by many as a disappointing game, but ever since launch developer Hello Games has seemed to put a lot of effort into rectifying the title’s most glaring issues. We saw this before with a massive free update after launch, and today sees the revelation of the next one. No Man’s Sky Path Finder update will bring a bunch of improvements to the game, including improved visuals and brand new vehicles. You can check out the patch notes right here, and we’ll break it all down for you below.

The big thing for gameplay seems to be the new vehicles. “New vehicles, called Exocraft, enable explorers to travel at great speed across even the most inhospitable planetary terrains,” explained Hello Games. “There are three Exocraft to unlock and collect through Base Building, each of which can be further improved with powerful weaponry, mining equipment, and long-range scanners to maximize their effectiveness.”

One of the complaints at launch was that No Man’s Sky didn’t live up to its promo material, especially in the visual department. This update tries to fix some of that. “No Man’s Sky has never looked better, with a host of visual improvements including new high resolution textures, improved lighting, ambient occlusion, and of course PS4 Pro support.”

No Man’s Sky is still improving and getting closer to the game that was promised by those lofty convention trailers. Are you still playing? Will this update bring you back? Let us know in the comments.