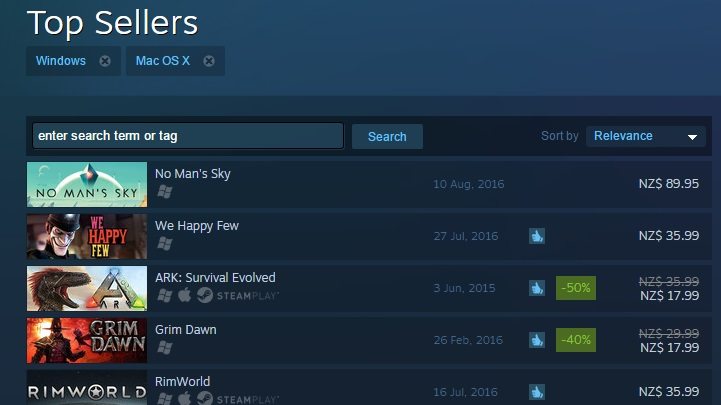 Pre-orders for No Man’s Sky on PC seem to be skyrocketing as the game is already in the top seller’s list on Steam. It’s only one more week until people can get their hands on it.

If you visit the Steam website, you can see the top sellers list with No Man’s Sky already there. You can ignore the price as that’s region specific. Not to mention the PC release date is now August 12th worldwide and not August 10th as seen in the screenshot.

There’s a lot of hype surrounding the release of this game as it is set to be one of the most unique experiences of 2016. There’s no clear cut narrative or goal in the game as people are encouraged to explore the universe the way they want to.

The only thing that might be a main mission in the game is to try and get to the center of the universe. Every planet will be unique for each player so you may not see the same things as other gamers. The game has 18 quintillion planets and the chances of encountering other players are very slim.

No Man’s Sky releases August 12th on the PC as aforementioned, but will be available earlier for the PS4 on August 9th in North America and August 10th in Europe.