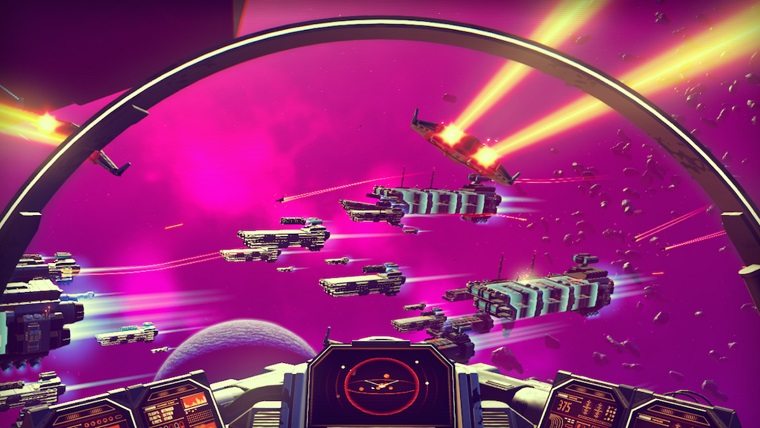 While developer Hello Games has said the past that No Man’s Sky has very light multiplayer features, there are still supposed to be rare instances where you can actually encounter other people. However, that has not been the case so far as people have tried to meet up and have found that to be an impossible task.

The news of two players trying (and failing) to meet up within the game broke recently, as they were both in the same exact spot but appeared invisible to each other. This has resulted in founder Sean Murray to share some insight on Twitter regarding what is going on to cause this, while also doing his best to avoid answering everyone’s questions directly.

Murray begins by saying that “Two players finding each other on a stream in the first day – that has blown my mind. We added a ‘scan for other players’ in the Galactic Map to try to encourage this happening. We wanted it to happen – but the first day?”

He goes on to suggest that there will be more (consistent) player interaction within the game going forward, but that the influx of people playing the game has caused some of the planned features to be put on hold for the moment. It remains to be seen how long it will take for this to happen, but at least we know they’re aware of the issue.

No Man’s Sky is available now on PlayStation 4, though it will launch on PC on August 12th.