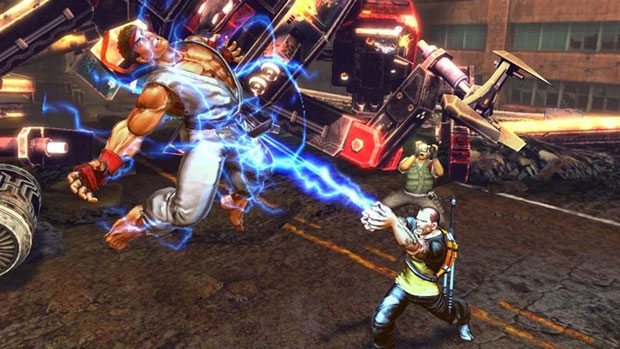 Capcom’s upcoming fighter mash-up years in the making, will not feature Xbox exclusive content like the PS3 and Vita versions of the game.  Yoshinori Ono has said that they were in discussion with Microsoft for Xbox exclusive characters but “we weren’t able to decide on a character because of differences in timing and things like that,” the game’s producer said.

“Only the PlayStation family will be getting the exclusive characters..it’s too bad, basically,” said Ono.  PlayStation 3 and Vita users will get Cole from the inFamous series and Sony cats, Kuro and Toro in the Japanese version of the game. (Japanese PlayStation mascots).

Ono claims that he had wanted some of the biggest names for the fighter from the Xbox roster.  “In terms of characters we wish we could have put in the game, Master Chief or Marcus Fenix from Gears of War would have been really cool.”