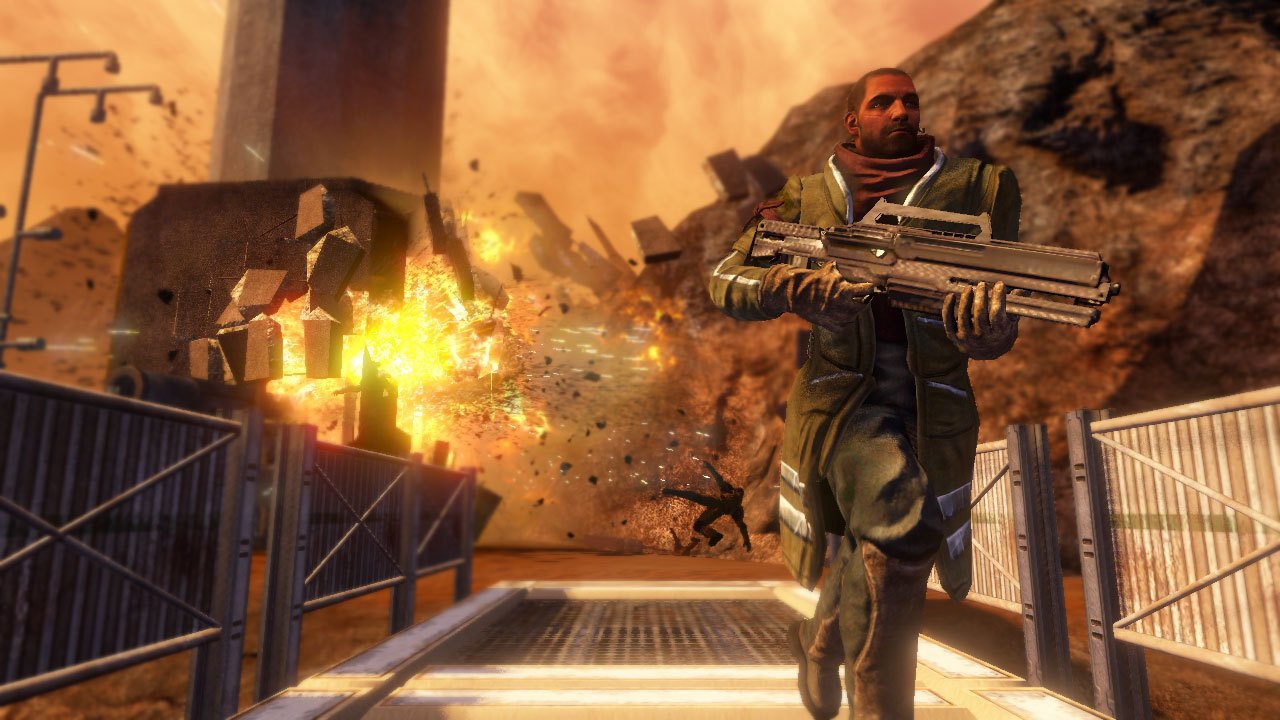 Red Faction: Guerrilla fans might know that the game recently went full blown steamworks back in December 2014 and phased out GFWL (Games For Windows Live) infrastructure. This has allowed the community to enjoy the game much more, giving it several fixes and improvements and also allowing the online to continue being a powerhouse of the game.

Nordic has also given the Steam community a bit of a gift in a set of free maps that were recently added. This news comes via the Steam Community page for Red Faction: Guerrilla. The game mode ‘Wrecking Crew’ which is a popular mode that is basically a challenge mode, has been given threee new maps; Stratosphere, Invasion and the special Nordic Bonus map. Nordic has released a short video that showcases a player using a rocket launcher to blow up  massive pillars constructed to make out the letters, G, F, W and L. Boom goes the dynamite and the letters.

It is good to see that Nordic is supporting Red Faction: Guerrilla which is arguably the last great entry in the franchise. Hopefully this means that fans will soon be able to hear about an announcement of a new Red Faction title.