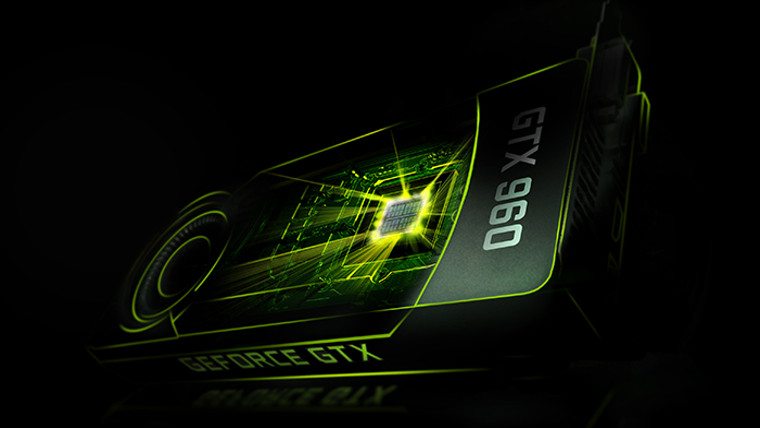 Nvidia has just announced the details of their latest graphics card, the GeForce 960, which looks to offer high performance, at a lower than normal price. The new card will feature similar architecture to the Nvidia GeForce GTX 980, but at a much smaller price tag. Of course this is beneficial to all PC gamers, but Nvidia has focused this card around the MOBA crowd, specifically League of Legends and DOTA 2. Since these games aren’t quite as graphically intense as others, a cheap, yet high performance card is perfect for these types of games.

“We built the GTX 960 for PC gamers who are looking for a cutting-edge gameplay experience,” says Nvidia. “The GTX 960 is powered by 1,024 CUDA cores; while delivering a stunning 60 frames per second on full HD 1080p displays even on some the industry’s most demanding new titles.” Despite the lower price the Nvidia GeForce GTX 960 still offers many of the advanced features of higher end cards, such as “dynamic super resolution (DSR), which provide a 4K experience on a 1080p monitor, and multi-frame anti-aliasing (MFAA), which offers high quality anti-aliasing with improved performance.”

The official specs include 1127 MHz base clock, 2GB/128-bit memory, 9.3 Gbps effective memory speed, and HDMI 2.0 output. And of course the GTX 960 will support the new DirectX 12, which was detailed in yesterday’s Windows 10 conference. All of these features add up to an inexpensive, yet powerful graphics card that should handle most games you throw at it, even for the foreseeable future.