The latest news in the world of video games at Attack of the Fanboy
October 6th, 2016 by Kyle Hanson 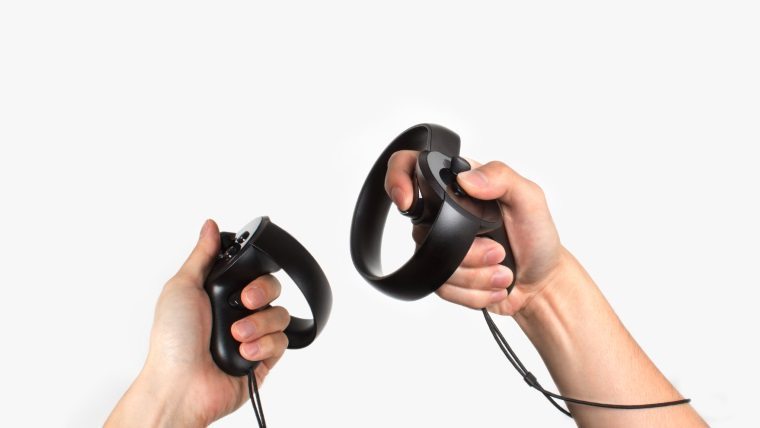 After months of waiting, Oculus Rift is ready to launch their motion controllers into the world with Oculus Touch. Today the company revealed the details of the upcoming release, including the price and pre-order details necessary to grab your own. These controllers allow for much more immersive and interactive VR experiences, so if you backed the Oculus Rift, you’ll probably want to check them out.

The Oculus Touch will be released on December 6th, with pre-orders opening next Monday, October 10th. The Oculus Touch price is $199, which gets you two controllers, an extra camera sensor, a connector for Rock Band VR, and a few pack-in games. Those games are  VR Sports Challenge and The Unspoken, which will come with every Oculus Touch sold at launch.

Along with this came the news that Oculus Rift will officially support full room scale, much like the HTC Vive has since launch. To get it setup, players need to have three camera sensors and the Oculus Touch controllers. That means you need to grab another sensor from Oculus, which will be available for $79.

To get your pre-order in for Oculus Touch just click here and be ready when they become available on October 10th.