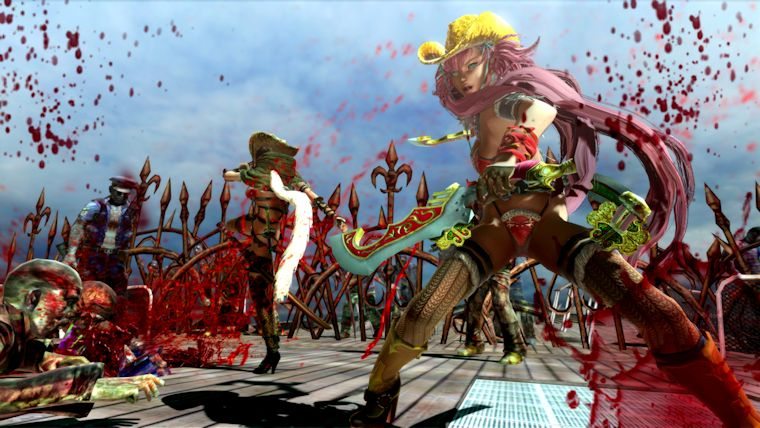 Japan isn’t exactly known for its shyness when it comes to fanservice in its video games, but this one may take the cake based on where it was displayed. With the Tokyo Game Show going on this week, many companies are taking the chance to show off their upcoming games, some more Japanese centric than others. One of those such games is OneeChanbara Z2: Chaos, which is set to release in Japan next month, and they chose to show off the game with quite the sexy display.

Rather than your typical boring displays, the one chosen for the latest OneeChanbara game was built around probably one of the most known elements of the series, women that are not wearing much clothing. By peering in the bikini top as seen below, onlookers were able to check out OneeChanbara Z2: Chaos for themselves. 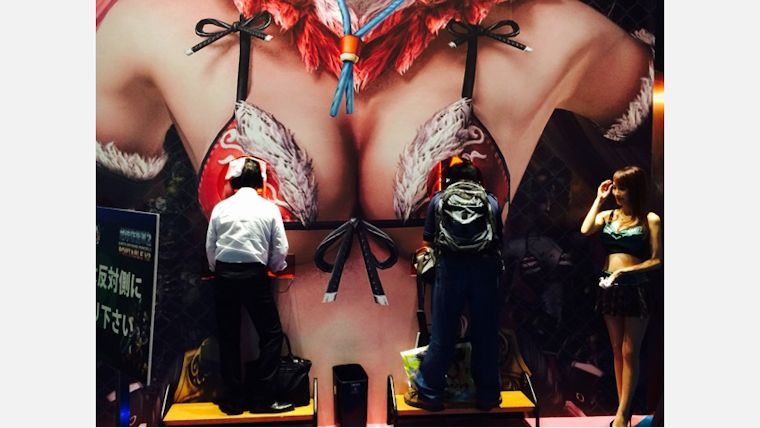 For those looking on, this is quite a sight and has made a number of headlines since the show started. Coming from the same developers as the Senran Kagura series, this is not much of a surprise, but it still pretty funny to see.

Do you think this was taken a bit too far or just innocent fun due to the type of game that is being promoted?