The latest news in the world of video games at Attack of the Fanboy
July 20th, 2017 by Dylan Siegler 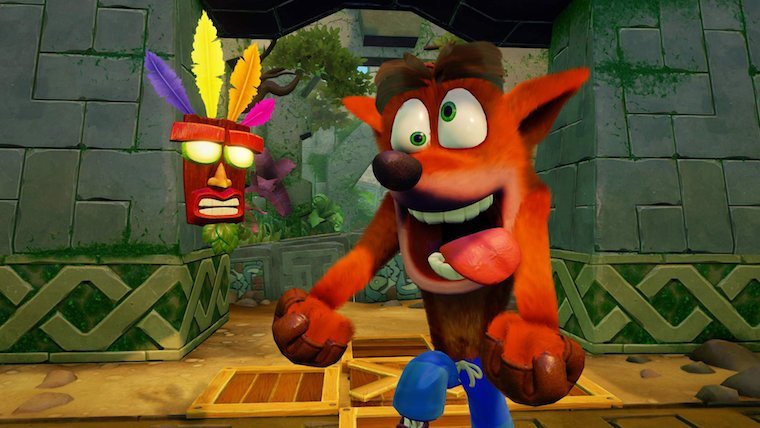 Back when the first Crash Bandicoot game was being developed, there was a level called Stormy Ascent that was ultimately scrapped from the game. According to Kotaku, Taylor Kurosaki, one of Crash Bandicoot‘s game designers, stated the following about the level, “As we prepared to deliver our Gold Master to Sony for manufacturing, the decision was made to cut it. It was playable, but just too damn difficult, and we ran out of time to make it easier. It remained on the disc as it was less risky just leaving it rather than trying to remove it. It was basically hidden, but it was there.”

For years, the only way to access Stormy Ascent was to hack into Crash Bandicoot with a cheating device, such as a GameShark. However, if you were able to play the level through cheat codes, you would find that the level was buggy. The game would even crash (pun intended) if all three of the level’s Cortex Tokens were collected.

Now, however, Stormy Ascent is available to play for the first time legitimately as a DLC for the Crash Bandicoot N. Sane Trilogy, which came out earlier this year. The DLC containing this level is free for 30 days, after which it will be available for $3.

When asked why the decision was made to make the notoriously difficult level available, Kurosaki said, “In 2017, games like Dark Souls and Bloodborne are all the rage. People like games that are difficult! We were so ahead of the curve!”