The latest news in the world of video games at Attack of the Fanboy
January 8th, 2017 by Kevin Reyes 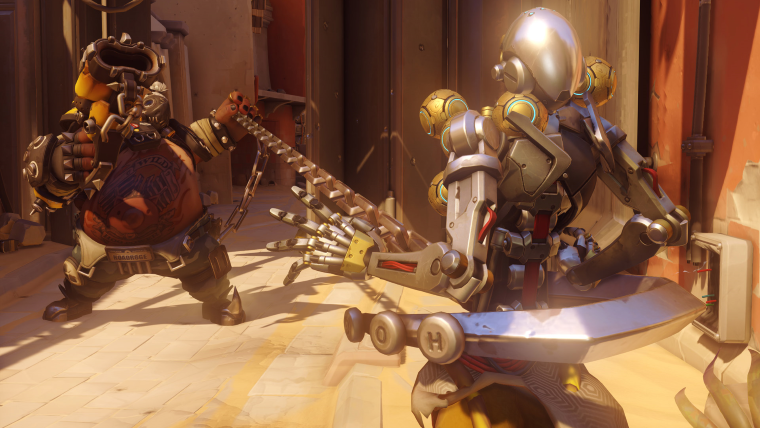 For those unaware, Blizzard rolled out a new patch for the Overwatch PTR a few days ago that, among other things, brought some changes to certain heroes. Specifically, it brought changes to Ana, D.Va, Roadhog, and Sombra. With the exception of Sombra, every one of these changes was a nerf to the character in question.

On one hand, this is a good thing because the Ana + Tank meta has been dominating the Overwatch competitive scene for quite some time now and the game started to feel stale. But on the other hand, some fans think that Blizzard went too far with these hero nerfs, especially in the case of Roadhog and D.Va.

The Overwatch subreddit is arguably one of the biggest online communities for the game. A couple of days ago, Reddit user HowdoIdoareddit uploaded a short clip demonstrating Roadhog’s new hook mechanics shortly after the update went live. More importantly, the clip demonstrates just how much weaker and unreliable the new hook is.

The clip in question skyrocketed to the top of the subreddit and currently stands at over 20,000 upvotes and nearly 4,000 comments, majority of which stating that Blizzard went too far with the hook changes and have essentially killed Roadhog as a viable hero pick.

The Roadhog changes weren’t the only ones to receive criticism. D.Va also got some attention as those that play her immediately noted just how quickly her mech gets destroyed now that it has less armor. Fans have posted both anecdotal statements and more precise numbers on the matter, all of which come to the same conclusion that the D.Va nerf was too much.

In response to these complaints, game director Jeff Kaplan took to the forums and posted an interesting statistic. According to Kaplan, only 0.26% of Overwatch players have tested these changes on the PTR. In addition to this, of those 0.26%, their average play time (including time spent idle in the menus) was only 26 minutes.

To put it in another light, he states that 99.74% of the community have not actually played with any of the hero nerfs. A bit of a subtle way to say that people shouldn’t immediately jump to conclusions without trying out the changes for themselves.

It should be noted that, as of now, these changes are not final. The whole point of the PTR is to test out major changes and see if they’re working out or not. Whether or not these hero nerfs are final are still unknown, we’ll just have to wait for the update to hit the live servers in the near future.