Paul McCartney is now writing music for the next Bungie game 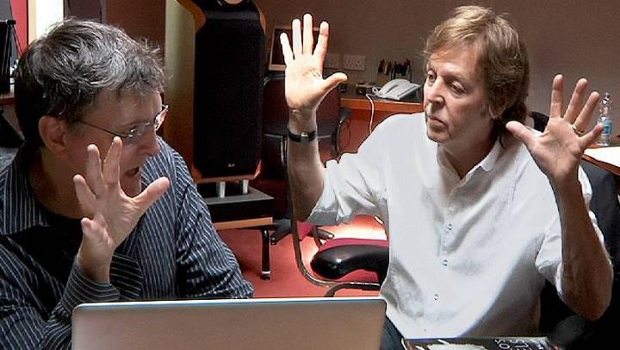 Paul McCartney may not have to travel Across the Universe for his next gig, but he has apparently navigated the Atlantic, as The Beatles legend announced today that he will be working with Bungie to produce the score for their next project. An undertaking that will undoubtedly cause him to have A Hard Day’s Night, there’s no question that when Bungie releases their next game, it’ll receive All My Loving as have all of their previous titles. Bad Beatles puns aside, McCartney took to Twitter today to confirm that he is in fact involved with Bungie’s upcoming “Destiny” franchise.

Though we’ve known about “Destiny” for quite some time, Bungie has ensured that few details have leaked out to the public. Bungie signed a contractual agreement with Activision back in 2010 which states that the developer would create and creatively own a new series called “Destiny,” comprised of four MMO-style, sci-fi action shooters. The games would be delivered every other year beginning in 2013.

The contract states that the first game in the franchise will be an exclusive to Xbox consoles. The later games in the series would then be released for all platforms. Additionally, the agreement calls for Bungie to develop and release four DLC packs currently under the codename “Comet” which would become available in-between title launches.

The concept of bringing in Paul McCartney to compose music for a game developed by the creators of the most recognizable FPS in history is certainly a fascinating one. It’s tough to imagine playing a shooter MMO to the backdrop of Sgt. Pepper, but we’re confident Bungie will find a way to make it work.