The latest news in the world of video games at Attack of the Fanboy
May 4th, 2017 by Kyle Hanson 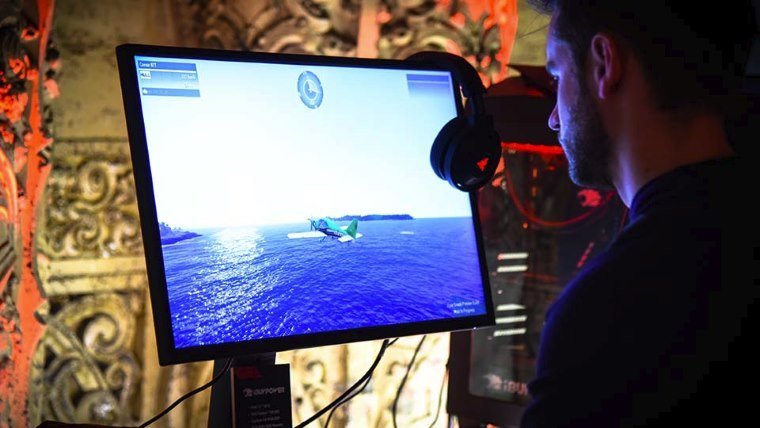 E3 announcements are really starting to roll in. Yesterday we got the full details on the PlayStation press conference, and we already had info for Xbox. Now we have official confirmation that the PC Gaming Show will return for E3 2017.

This year’s show will be sponsored by Intel, moving away from AMD, who ran things last year. This is the third iteration of the PC Gaming Show, taking place at The Theatre at Ace Hotel in Los Angeles on Monday, June 12 at 10am Pacific.

“Celebrating PC gaming, which is enjoyed by 1.2 billion players worldwide, the PC Gaming Show brings together the best and brightest in the fastest-growing segment of the gaming industry,” reads the press release. “PC Gaming Show’s online viewership has increased each year since the show’s debut in 2015, and the show will reflect innovations across the industry with increased VR and esports content.”

If you’ll be in the area and would like to attend the PC Gaming Show you can get tickets right here. It will also be livestreamed on Twitch, for those who won’t be in the LA area for E3 2017.

The PC Gaming Show has been an interesting development to watch over the last couple of years. It’s not the biggest or best that E3 has to offer, lacking a lot of the huge announcements that we usually see from these conferences. Still, for a platform as diverse and fractured as the PC, it’s good to see it get its own presser.

It’s especially important as we’ve seen a lot of big movement in the PC gaming space. Gamers are still hooked on their consoles, but the PC platform has definitely become a bigger and bigger part of the gaming space. Hopefully E3 2017 marks another big year for games, both on PC and on other consoles.