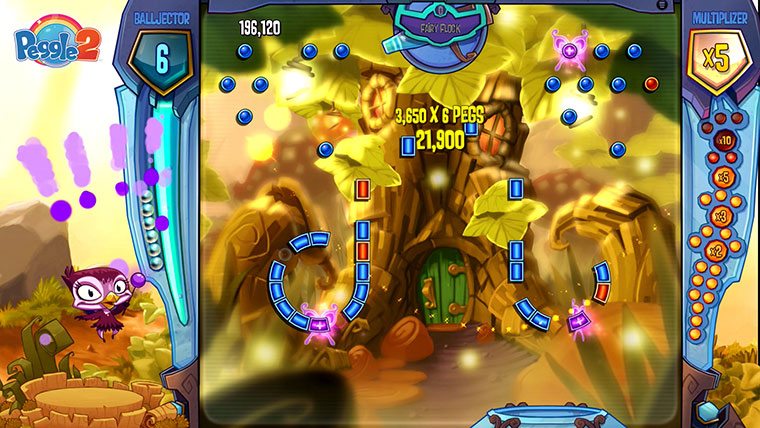 Popcap Games announced that Tuesday, Peggle 2 will be getting DLC that features new peggle boards and a new master that will cost $2.

The Peggle 2 DLC titled The Windy’s Master Pack will introduce an all new master called Windy the Fairy. The new master can be seen in the screenshot above and according to Popcap the new masters ability is to turn blue pegs into high scoring purple pegs. The DLC will also come with 10 new peggle boards as well as 30 new challenges for players to complete. In addition there are three new achievements to unlock.

The DLC is out today on the Xbox One and Peggle 2 will also be coming out on the Xbox 360 on May 7th.