PES 2015 Servers Are Being Shut Down In August

The latest news in the world of video games at Attack of the Fanboy
June 7th, 2016 by Dean James 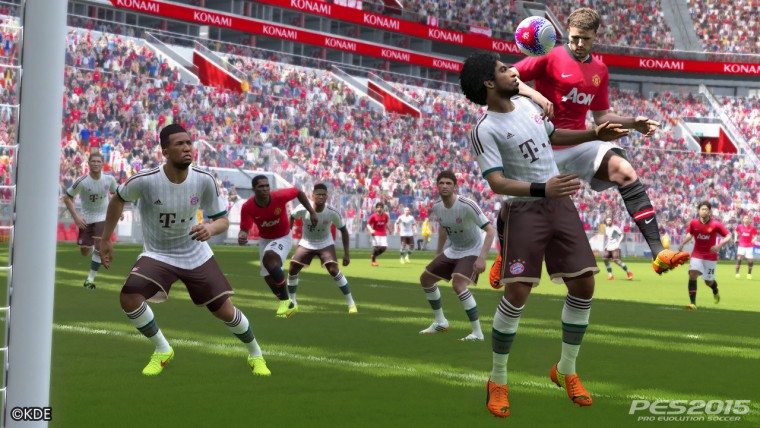 While sports games can typically be enjoyed solo, the most fun from these games can often come from multiplayer experiences. These have transitioned more from local couch play to online play, but those experiences aren’t lasting too long these days with the closing of online servers happening at times, with PES 2015 being the next victim of this.

With a series like PES, there are many gamers that only buy a new entry in the series every other year or every few years, just because they can’t justify the purchase of the new entry each year. However, Konami may start to force some player’s hands sooner than they had expected.

According to the official Konami website, online servers for PES 2015 will be shutting down in just over two months on August 25, 2016. It also states that all of your myClub coins or GP in the game will be invalidated at that time, so make sure to spend all that you have remaining before that date.

PES 2015 released back in 2014 as Konami’s latest entry in their long running PES series, so this puts the shutdown of servers only two years after the launch of the game. For a game with an online community like PES, you really would think that they could have kept them going a little longer, but this seems to be a trend in not just Konami, but other companies with online servers as well.

Konami themselves have seemed to really move away from full retail releases of games, but thankfully they are still continuing the PES series. So for PES 2015 owners that did not get PES 2016 last year, you will likely want to just wait and get PES 2017 instead when it releases later this year.