PES 2017 To Get A Playable Demo At Gamescom 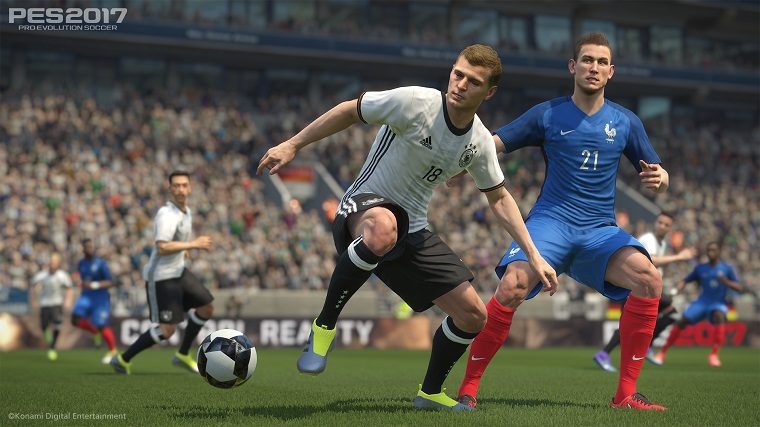 Fans will get their first chance at playing PES 2017 next month as a playable demo will be on display at Gamescom 2016.

Konami has announced that its own booth at Gamescom will have a playable demo for PES 2017. Fans can get a chance to experience the new control scheme and see the Fox Engine in action.

PES is not the only thing that will be at Konami’s booth at Gamescom. The publisher is also going to showcase many of its Yu-Gi-Oh titles too. If you are a fan of the trading card game, you can meet up with other people at the event to play it.

PES 2017 will be out on September 15th, 2017 for the PC, PS4, Xbox One, Xbox 360 and PS3. It comes out a few weeks before EA Sports’ FIFA 17 which is released in late September. Konami did not announce the teams that will be playable at Gamescom yet.

Gamescom 2016 happens from August 18th until August 21st for the public. It is held in Cologne, Germany at the Koelnmesse. It is the world’s largest gaming event in the world as over 345,000 people attended it last year.