Pillars of Eternity, the isometric Unity-run RPG that aims to harken back to the genre’s olden days, has been given a tentative release date of Winter 2014 by Obsidian. That would be the winter at the end of the year, rather than the start of it.

The announcement is celebrated with a further display of how far along the game is in development. One of the playable races were shown off. The divinely blessed Godlike have at least two subtypes – the Earth and the Death Godlikes. The former were shown in artwork you’ll be able to choose as your character’s portrait, whereas the latter were decapitated and put on YouTube: 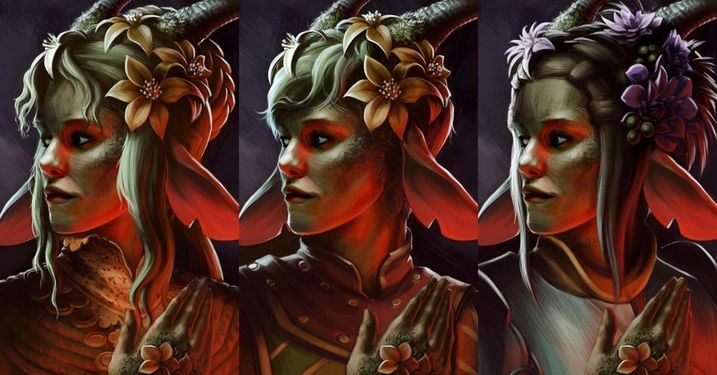 Some environment and the shapeshifting Druid’s cat form were also among the assets flaunted, which you can view below.