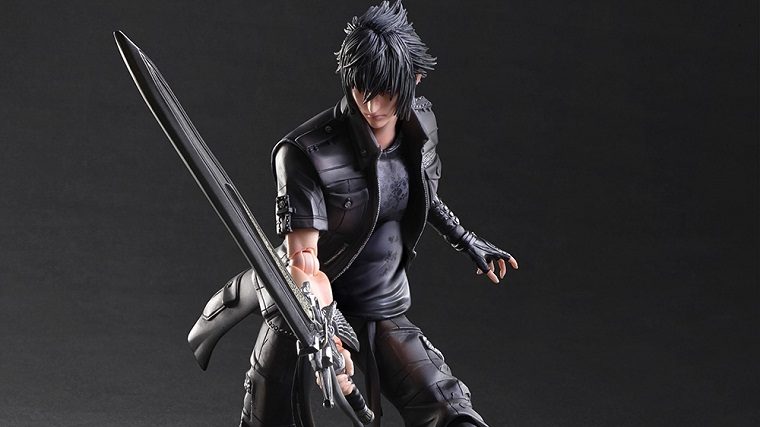 The Ultimate Edition of Final Fantasy 15 includes this Noctis toy, but they’re all sold out now. Thankfully, you can still buy the toy separately on the online store for a price of $129.99.

Here’s a description of the figure: Noctis, protagonist of FINAL FANTASY XV, and the rightful heir to the throne of the Kingdom of Lucis, now makes his appearance as a PLAY ARTS KAI action figure. Our sculptors have spared no effort in the creation of this action figure, and their meticulous attention to detail is evident: his clean-cut features, his dignified face, the detailed texture of the embroidery on his clothing, the delicate sculpting on his two swords…. This figure is a masterpiece, embodying the unique allure of the hero of the latest installment in the FINAL FANTASY series.

The figure comes with two weapons, a stand and interchangable hand parts. It is just over 10 inches tall and it has an October 31st, 2016 release date. This means the toy comes out a month after the game is released on September 30th.