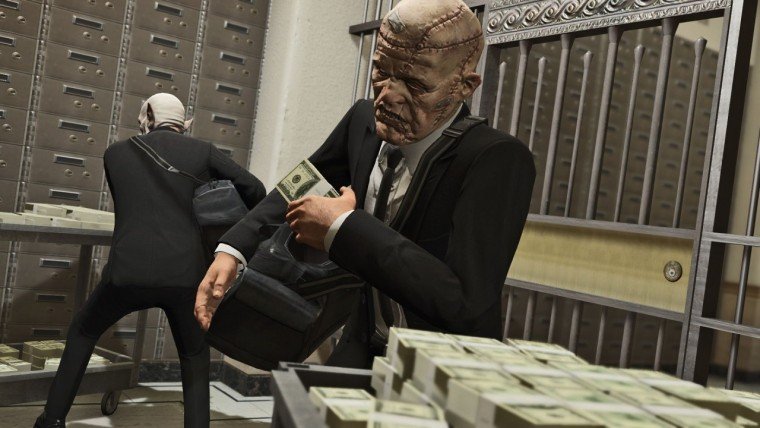 GTA Online has always built up its player base by offering some cool and fun bonuses, but this week’s is especially easy to get. Usually you need to play certain modes, or do certain things. This time, you just need to load the game and play some time between now and April 30th to receive $425,000 in in-game currency.

The bonus is being billed as a tax refund from the San Andreas State Treasury Department. The money will be deposited directly into your Maze Bank account some time in the month of May. Considering the high prices of new cars and weapons that are always being added to the game, this is very needed by lots of players, though it will only make a dent in some car prices.

Elsewhere in GTA Online, we have the brand new Tiny Racers mode. This is a throwback sort of game where players race across semi-2D tracks in a top-down perspective. Here we have another bonus of the usual type, with all Tiny Racers matches offering up double GTA$ and RP for a limited time.

GTA Online has certainly grown and changed over the last few years, with new modes and expanded gameplay opportunities throughout. With tens of millions of people having bought GTAV, the mode is almost always full of players. It has had issues though, including some pretty rampant cheating across all platforms, but especially on PC.

Rockstar has fought to keep the mode fun and competitive for all, and has largely succeeded. This was especially true with the release of GTA Online Heists, which had players teaming up to take on elaborate and difficult missions. Since then we haven’t seen major changes of that sort, but new modes and vehicles are always being added to the game, offering players new stuff to enjoy.