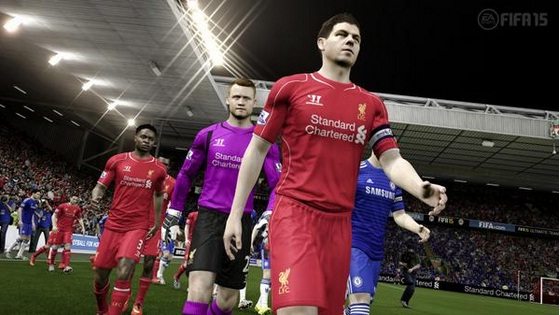 If you live in Coventry, UK, you will be happy to know that a playable demo for FIFA 15 will be at the Insomnia Gaming Festival this upcoming weekend.

“Get hands-on with a playable demo of #FIFA15 at #i52 in Coventry, UK this weekend”

The Insomnia Gaming Festival will be held at Ricoh Arena in Coventry, UK. The event runs from August 22nd until August 25th. If you are in the area, it’ll be worth taking the trip to play FIFA 15 if you are a hardcore football/soccer fan.

Speaking of FIFA 15, EA Sports did announce at Gamecom that a public demo will be available for the game sometime in September. This is very good news as well for sports fans. Some gamers were displeased that Madden 15 won’t be getting a public demo this year. This is because the demo is only available for Xbox One gamers that have subscribed to EA Access.

Much like with last year’s FIFA 14, FIFA 15 uses the EA Ignite engine for PS4 and Xbox One. EA Ignite is also being used for the PC version of the game this year too. Meaning the game will be getting a visual upgrade for the PC.

For more about the Insomnia Gaming Festival, go to the official website by clicking here.