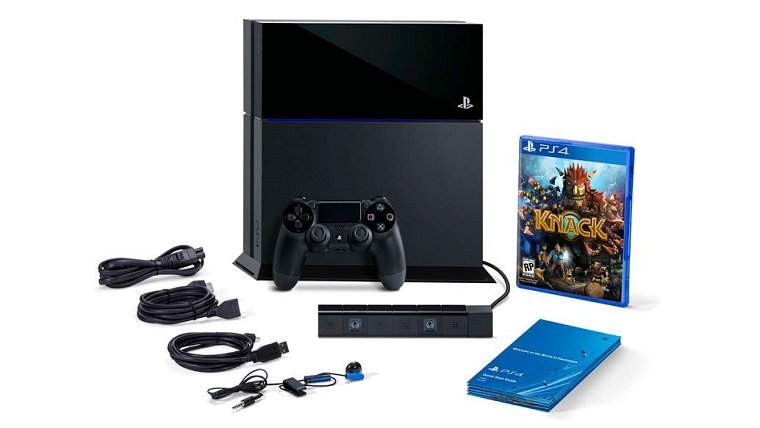 Recent speculation insists that Sony slashed the price of the PlayStation 4 ahead of console reveal earlier this month at E3. The report suggests that Sony cut the PlayStation Eye out of the equation, as well as a copy of Knack, which allowed them to get the hardware down to the $399 price point.

Obviously, the console that Sony announced doesn’t have the accessories that are shown in the image above. The $399 console looks more like this:

The bundle in the image above could very well be a bundle that Sony plans on offering to consumers in the coming months, or it could be what they had originally planned to release. We’ll probably never know, but, one thing’s for certain. If you don’t want Knack or the PlayStation Eye, you aren’t forced to buy them like you are with Microsoft’s Xbox One.

Yesterday’s report of a “doomed” PlayStation Eye accessory explains why Microsoft is not offering a similar “Kinect-less” bundle. What say you? Are you motion controlled player? Or are you a controller-person? Let us know!