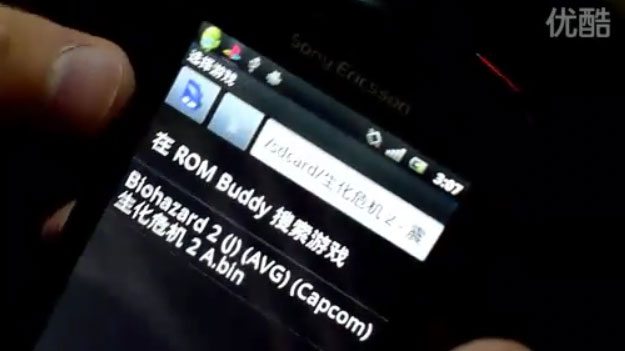 Although I’m still not convinced that this wasn’t produced by Holgrams after watching that Miku performance, another video has since emerged of the PlayStation Phone.  This time it is clearly playing what it was designed for, games!

In the video, the prototype device is seen playing Rage Racer, and Resident Evil 2.  The prototype was initially leaked earlier this weekend from a webste in China.

It’s still unclear how or what games the PlayStation phone will play when it is released.  The video clearly shows a software on the phone called ROM Buddy which doesn’t necessarily have that ring of Sony marketing to it.

Nevertheless, if the phone is indeed real we’ll likely be hearing more about it shortly with CES and other spots for an official unveil are approaching rapidly.