The latest news in the world of video games at Attack of the Fanboy
December 24th, 2016 by Dean James 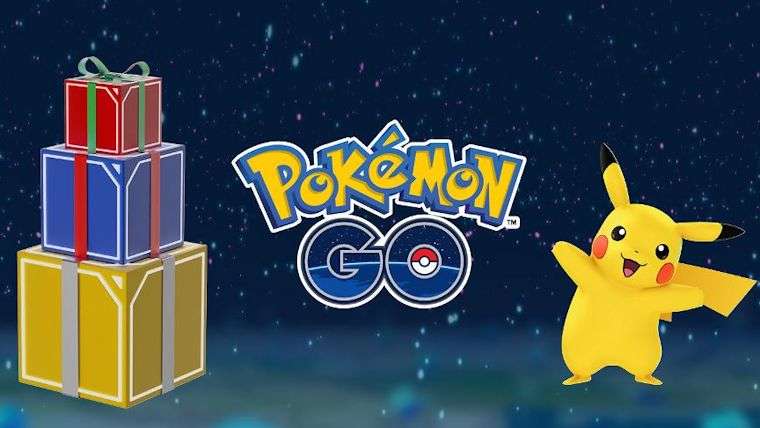 Pokemon Go has been out less than six months, but it has definitely made quite an impact in the time since its release. At launch, it was one of the most widely used games ever with seemingly everyone, gamer or not, taking part in the phenomenon. The player base has definitely died down a bit due to some dumb decisions by Niantic, but they have been getting some back with events and the recent introduction of the baby Pokemon from Gen 2. After the Halloween event, fans have been waiting for a Christmas one in Pokemon Go and it has finally been announced.

A couple weeks ago, Santa Hat Pikachu was announced as a special spawn that would show up that you could catch through Christmas season. Around that same time, it was revealed that you could hatch seven different baby Pokemon from the Gold and Silver era through eggs. We hoped there would be more for the Christmas event and they have delivered, though you will have to wait until Christmas morning to open this one.

Starting on Christmas day, the Pokemon Go Christmas event will provide some goodies for players. First of all, you will find eggs with a greater chance of hatching the Gen 2 baby Pokemon introduced recently. To help you with hatching more rapidly as well, you will be able to get a free Incubator per day by visiting a PokeStop through January 3.

Spawns are also being increased for a few as well, with Santa Hat Pikachu being more easy to find than it has so far, as well as sticking around longer than the original date of December 29. In addition, the always hard to find original starters, Bulbasaur, Charmander, and Squirtle will see their spawns increased. We don’t know if they will be at the level of the Halloween event Pokemon, but they will at least be more common than they usually are. Lastly, lures will now last an hour instead of only 30 minutes during this event, so this should help the spawns even further.

We should have more details on specifically how this event works tomorrow when it launches. It is disappointing that they aren’t doing the double XP or double candy transfers again this time, but these are pretty good alternatives as well.