Pokémon from the Sinnoh region may start appearing soon. 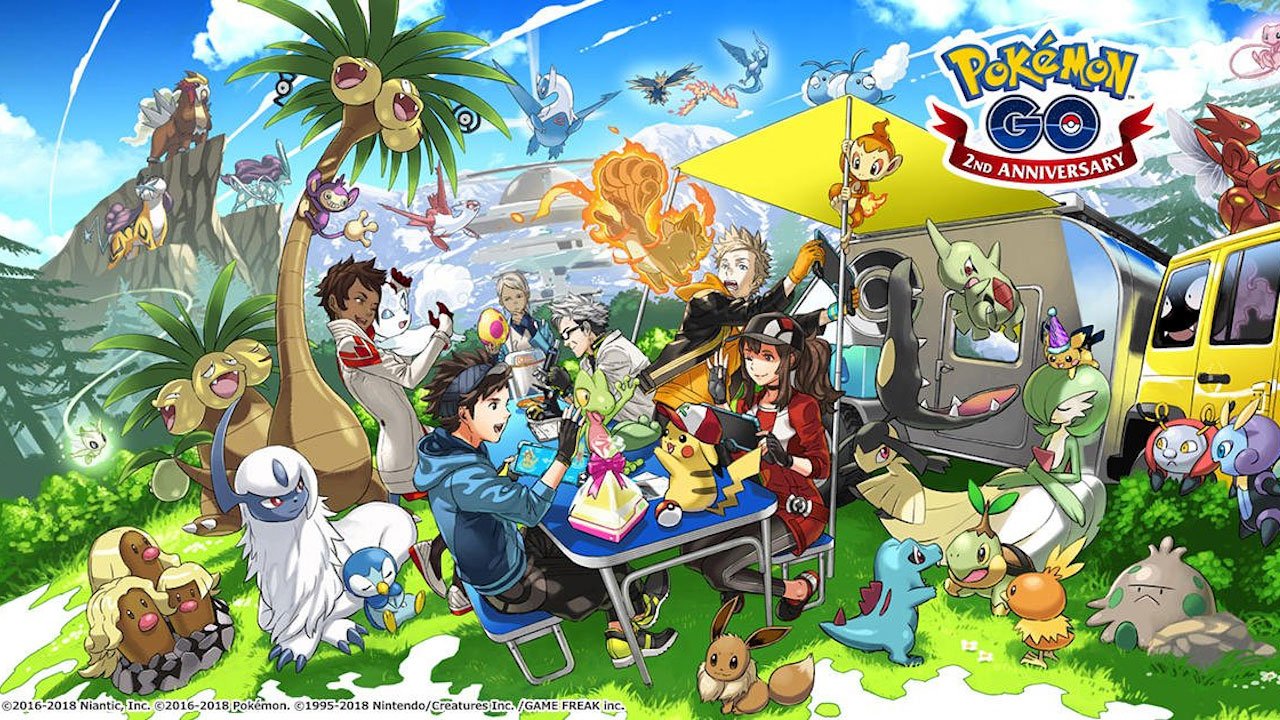 Niantic have been celebrating the second anniversary of Pokémon GO, which took place on July 6, with a number of both in-game and real-world events. The company’s latest celebration of this milestone, however, is one that seems to promise the inclusion of new Pokémon into the game soon.

The official Pokémon GO Twitter page recently Tweeted out a picture for the game’s second anniversary. The picture includes the female and male playable characters, Professor Willow and the three teams’ leaders, as well as several Pokémon spanning the three Generations already included in the game. However, observant fans will notice that Turtwig, Chimchar and Piplup are also present in the picture, despite the fact that they haven’t yet appeared in-game. For those unaware, Turtwig, Chimchar and Piplup are the three starter Pokémon from Generation IV, and their inclusion in this picture would seem to imply that they, and likely more Gen IV Pokémon, are coming to the game soon.

Pokémon GO launched with only Kanto Pokémon in July of 2016, before growing to include Johto Pokémon in February of the following year, seven months into the game’s life. Hoenn Pokémon started appearing in the game during last year’s Halloween event, about eight months after the inclusion of Johto Pokémon. Looking at this timeline, it would make sense for Sinnoh Pokémon to start appearing the in the game soon, as it has been about nine months since Hoenn Pokémon first started appearing in the game. Obviously, we still have to wait for an official announcement before we can draw any real conclusions.