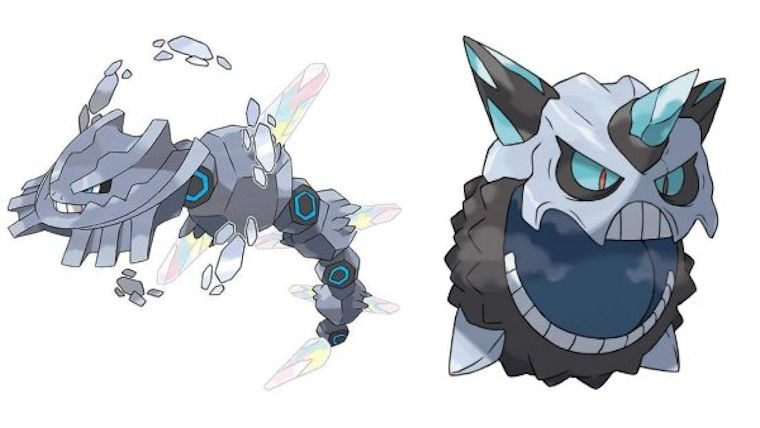 Ever since the announcement of Pokemon Omega Ruby and Alpha Sapphire months ago, the Pokemon Company has been pretty consistent with their reveals of brand new Mega Evolutions, a mechanic that debuted in Pokemon X and Y last fall. With the abundance of Mega Evolutions that have already been announced, it could have been easily assumed that they used up all their surprises already, but yet they have now revealed two more.

The image above shows that both Pokemon get upgrades in their design, with Mega Glalie getting improved the most. Mega Steelix appears to get crystals added across its body along with some blue and black spots in places. Mega Glalie looks almost like a full evolutionary stage higher for Glalie, with a much more formidable look.

With Pokemon Omega Ruby and Alpha Sapphire set to release in a little over a month, there are likely more Mega Evolutions to be revealed if last year’s game is any indication, so stay tuned for more in the coming weeks.