The latest news in the world of video games at Attack of the Fanboy
September 12th, 2014 by Dean James 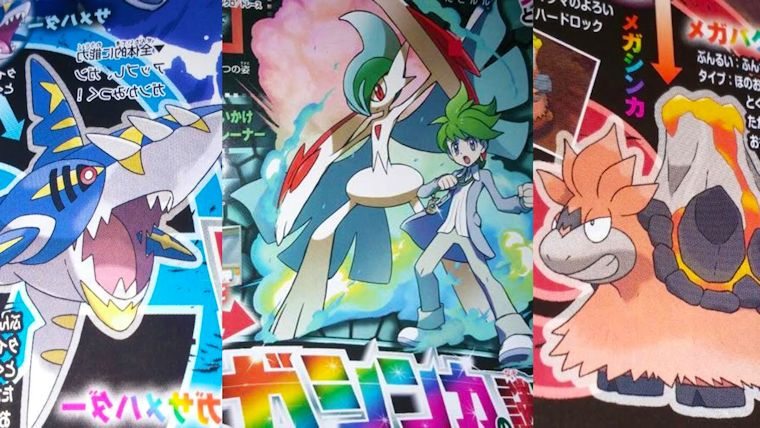 Pokemon Omega Ruby and Alpha Sapphire are still over two months away from release globally on the Nintendo 3DS, so that means that Nintendo still has plenty of tricks up their sleeves when it comes to the games. Yesterday, we told you about the demo for the game that will come in next month’s CoroCoro magazine, but this latest news comes from this month’s issue.

Adding on to the strong roster of new Mega Evolutions, we now know three more that will be appearing in Pokemon Omega Ruby and Alpha Sapphire. The first to be revealed comes from the fourth generation of games with Gallade. Rather than Gardevoir, Gallade comes about when a male Kirlia evolves through a Dawn Stone. Gardevoir already got a Mega Evolution, so it seems fair for Gallade to get the same treatment as well. The type will remain Psychic/Fighting and will have the special ability known as Inner Focus.

Our other two Mega Evolutions that have been revealed come from the original Ruby and Sapphire, so they are no real surprise as well. Those two are Sharpedo and Camerupt, with the former having the ability Strong Jaw while the latter has the ability Sheer Force. Mega Sharpedo will get a boost on all stats, while Mega Camerupt will get a reduction in speed but the rest of his stats will increase.

Pokemon Omega Ruby and Alpha Sapphire will release globally for the Nintendo 3DS on November 21.