The latest news in the world of video games at Attack of the Fanboy
January 20th, 2017 by Joanne Choi 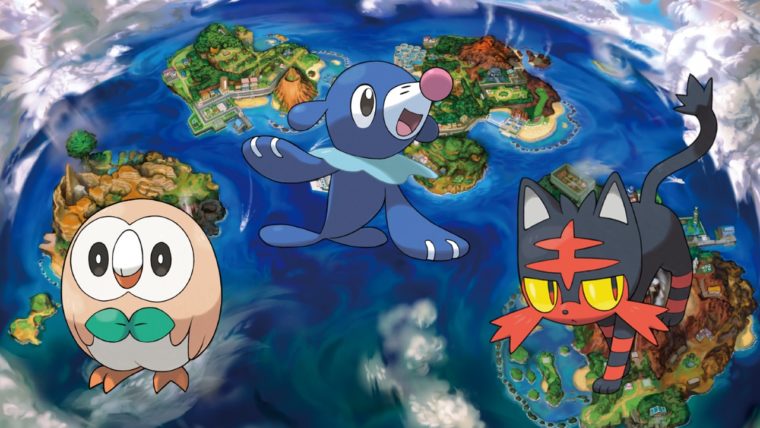 Pokemon recently announced on their official twitter page calling all fans to sign up for the upcoming Alola Friendly Online Competition via Pokemon Global Link.  Players will have until January 26 to sign up for the special event.  The competition will begin Friday, January 27 through Sunday, January 29, 2017.  Participants will need log in to their accounts from the Pokemon Global Link homepage.

To take part in the competition, Pokemon instructs, “You’ll need a Pokemon Trainer Club account, your own Pokemon Sun or Pokemon Moon video game, and a Battle Team of eligible Pokemon.”  In addition, those who join in the competition will receive 50 Battle Points as a bonus reward.

To get ready for the big day, trainers can practice battling with friends by going into the Festival Plaza or through Quick Link.

Following its major success worldwide, Pokemon Sun and Moon is the 7th generation of the original Pokemon franchise released in November 2016 with sales skyrocketing  which is no shocker to avid fans.  Set this time in the Alola region (loosely based on Hawaii) trainers travel to four different islands, Melemele, Akala, Ula’ula, and Poni Islands.  There, players are introduced to both old and new Pokemon where they battle to catch em’ all.  From facing different island trials, catching Totem Pokemon, encountering the various guardian deities, to battling invincible Ultra Beasts, trading with others, as well as acquiring Z-rings, fans are able to explore the vast world of Pokemon.  Players are also able to stylize their characters at the beauty parlor or treat their Pokemon to some tasty malasada.

Pokemon also celebrated their 20th anniversary last year by re-releasing the original Pokemon Red and Blue games digitally for nostalgic fans, not to mention Pokemon Go which led to a global craze upon launching over the summer.

Have you signed up for the Alola Friendly Online Competition?