The latest news in the world of video games at Attack of the Fanboy
August 11th, 2016 by Kyle Hanson 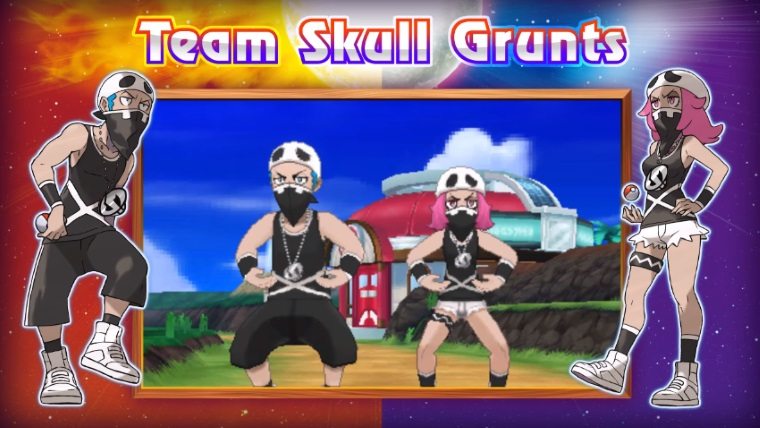 Whenever a new Pokemon game comes out there are a few questions that fans always ask. What new Pokemon have been added and what is the new enemy team. Ever since the original Red and Blue games released there has always been some nefarious group of Pokemon trainers bent on world domination, or some smaller goal. For Pokemon Sun and Moon that group is Team Skull.

“In the Alola region, a group of ruffians known as Team Skull causes a lot of trouble,” reads a new page from The Pokemon Company. “They steal other people’s Pokémon, mess up the trial sites, and delight in all kinds of evil deeds.” So perhaps a bit less world ending sort of bad guys, and more of the sort that just cause trouble wherever they go.

The details also shared info about members of Team Skull, including their leader Guzma. “Guzma is the boss of Team Skull who holds these ruffians together. Guzma pours on the attacks, battling without mercy. He certainly does seem strong, but he claims to be one of those who “never could become captains.” He seems to have a bone to pick with Professor Kukui, as well.”

As far as the other question, that of new Pokemon, check out the trailer below to see some of them that are coming. This includes the surfing Raichu that we talked about last night.