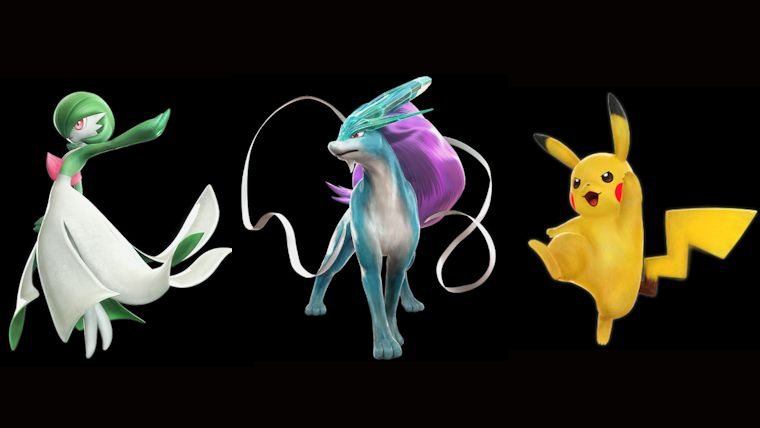 Nintendo has been doing a good job over the last year with branching out its franchises and the upcoming Pokken Tournament is certainly a good example of that. Following up on Hyrule Warriors’ mash-up of Zelda and Dynasty Warriors, Pokken Tournament combines the Pokémon franchise we love with Tekken. When the game was announced officially back in August, we saw footage of Lucario and Machamp, but now three brand new fighters have been added that certainly show a different trajectory than originally thought for the game.

Based on the style, many thought we’d only be seeing mostly Fighting type Pokémon, such as Hitmonchan and the like, but now it has been revealed in a new gameplay trailer and gameplay footage that Pikachu, Suicune, and Gardevoir will be playable in the game as well. Pikachu is an Electric type, Suicune is a Water type, and Gardevoir is a Psychic/Fairy type, so it is certainly a different route. Also of note, many have pointed out that Pikachu’s victory pose in one of the battles, which can be seen here, seems to look just like that of Tekken’s own Heihachi, so the Tekken influence is certainly showing.

In addition, we saw footage of a few different assist Pokémon, including Snivy, Emolga, Lapras, and Fennekin. With the roster of what looks like might be 20 Pokémon, based on the spacing on the select screen shown, plus the assists, plenty of Pokémon should make appearances in this game. What Pokémon would you personally like to see added into the game and given a unique fighting game touch? Make sure to let us know in the comments below.