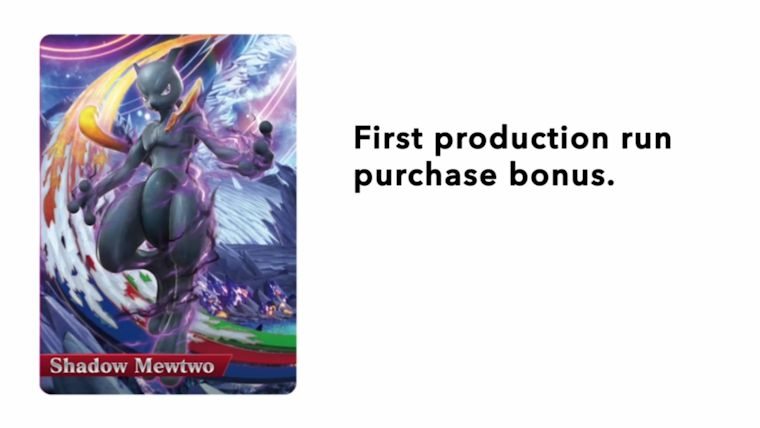 Pokken Tournament has been announced for awhile now, though only available in Japanese arcades at this point. However, the game was also announced for Wii U last year for a Spring 2016 release and now we know something special that will be coming with it.

Details started to surface more recently of someone known as Shadow Mewtwo in Pokken Tournament, a special boss that was even confirmed by an official video from The Pokemon Company last week.

The good news is that he is also transitioning to the Wii U version and will not just a boss, but a playable fighter.

The first run of Pokken Tournament will come with a special amiibo card according to the latest Nintendo Direct, similar to how the Animal Crossing amiibo cards have been. This card will allow you to use this Shadow Mewtwo as a playable character, though there is no indication if he is unlockable otherwise in the game.

Pokken Tournament is certainly a very unique style game and will be a lot of fun to finally have a chance to play it next Spring, as the arcade version is so far limited to Japan or a very limited run at Dave & Busters arcades.

Pokken Tournament will launch for Wii U in Spring 2016, with this Shadow Mewtwoamiibo card being a first run exclusive.