Porsche and EA vs: Ferrari and Microsoft 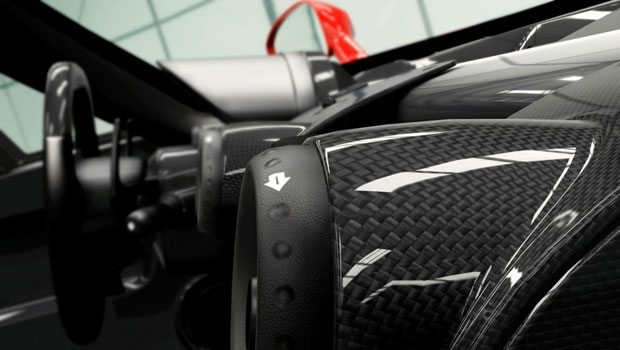 If you are a console racing sim fan, or Porsche fan, you are probably well aware that Porsche was recently confirmed as a no-show for Forza 4.  Gone are 35 Porsche road and race cars; In it’s place are 3 RUF models.   Sad news given the reputation Porsche has gained over the years on both the road and on the race track (not even the mighty Audi can compare to the dominance that was Porsche at Le Mans).  Turn 10 (Microsoft) pointed a finger at EA for not wanting to cooperate to allow them to license Porsche.  But are they just innocent victims?  I argue no, they are as much to blame as EA, possibly more so.

So what happened?  First we need to look some interesting pieces of information…

1. EA owns the license to Porsche in games currently.  To include Porsche in your game, you need to talk to EA, and bring cash in hand.

2. Turn 10 stated that Forza (Microsoft) had the rights to Ferrari on the Xbox and PC.  You want the prancing horse, you need to talk to them.  Note: Ferrari in GT5 suggests against any type of total Forza monopoly over Ferrari, which would cost a fortune I am sure.

3. Ferrari was not originally in EA’s Need For Speed Shift, but a Ferrari DLC was released for Shift in February 2010, EXCLUSIVE TO THE 360.

4. Forza 3 had both Porsche and Ferrari from the start.

5. EA’s Shift 2 had Porsche, but no Ferrari. In turn, Forza 4 has Ferrari, but no Porsche.

Now, in the above link, the Turn 10 representative mentioned that they appealed to EA to let them have Porsche in Forza 4.  “In the end, however, EA couldn’t see their way towards collaborating again.” Big bad EA, shame on them.  But wait… are we missing something?  Was the previous “collaboration” a 1-1 trade between Microsoft and EA for Ferrari and Porsche? Did that relationship go sour as both companies fought for console racing supremacy?

Lets review points 1-5 again.  On the 360/PC, Forza owns Ferrari rights, and EA owns Porsche rights across all platforms.  Back in 2009 when Shift 1 and Forza 3 came out, both companies said… “Hey, lets work together and trade rights to two of the most popular sports car makes in the world.”  This made perfect sense at the time, because the 500lbs gorilla (GT5) was around the corner then, so the smaller guys needed to band together and combine strengths.  As such, both makes were in both games, the trick being that Shift only got Ferrari as Xbox 360 exclusive DLC for Shift (Microsoft obviously called that one…).

Still, Shift 2 does not have Ferrari this time around, and Forza 4 will not have Porsche.  Someone made the decision not to make the exchange this time around.  Turn 10 suggests it was EA, but I wonder if it was Turn 10 (aka Microsoft) that first denied EA.  Maybe EA felt that 360-exclusive Ferrari DLC was not worth the trade for full rights to Porsche.  Maybe Microsoft’s rules for Ferrari rights were just too steep, and EA wanted to play ball all along.  It is easy, and cliche, to bash Microsoft, but I suspect EA is not fully to blame here.  Obviously Turn 10 has outed EA (which can’t help future relations), but they would never bite the hand that feeds for it’s own lack of cooperation.

“Forza had the exclusive license for all Ferrari cars, for example, on the Xbox and PC platforms. But at the end of the day, we’ve always found that we just weren’t willing to block other racing games from having Ferraris outright, as we believed that this would do nothing but hurt the racing ecosystem.”– Dan Greenwalt

Yet Ferrari was blocked from Shift 2…

I will leave you with one piece of food for thought:.  Maybe I am wrong and EA is fully to blame here.  Maybe Turn 10/Microsoft really did want to continue to trade licenses with EA.  Here is the twist: Maybe a competing title that has sorely missed Porsche, signed an exclusivity deal with the devil (EA) to lock up Porsche, all in attempt to surpass the highest rated racing sim this generation.  The question is, how long do we need to wait until we see if I am right?

Until then, lets hope that EA and Microsoft come around.  I would settle with Porsche DLC in Forza 4, and Ferrari DLC in Shift 2.  For the love of cars, lets all just get along… hell… for the love of money and DLC profits, lets just all get along.

Home / Game News / Porsche and EA vs: Ferrari and Microsoft