The Pytheas facility just got a bit more stylish 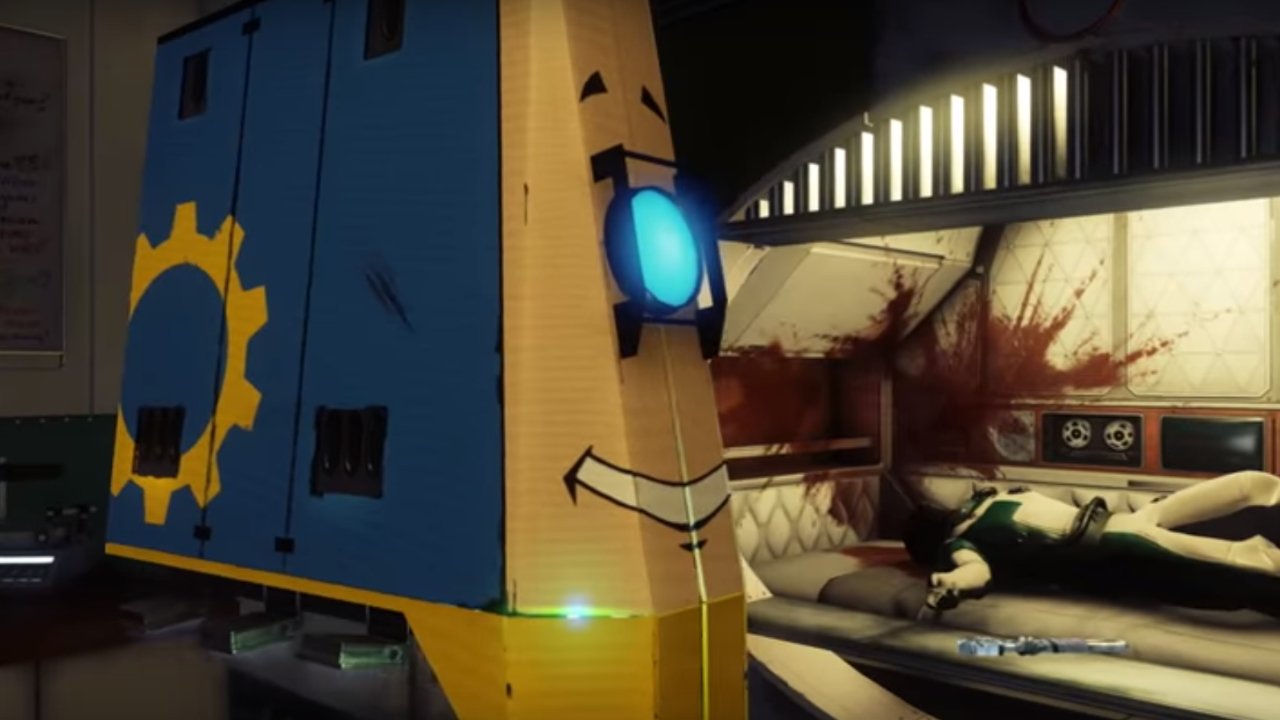 Prey’s excellent Mooncrash DLC just got a little bit better via a brand new update shipped earlier today. The Prey: Mooncrash Blood Moon update adds several new cosmetic options for players looking to inject a bit more style into their struggle to survive the Typhon threat. This newly added content includes weapon skins, skins for the various operators floating around the Pytheas facility and a couple of new hats for mimics to dazzle their prey with.

The Blood Moon update gives introduces players to the new TranStar line of basic weapons. The difference isn’t dramatic, but they’re highly recommended for players who share the corporation’s love of red and steel. This collection includes:

The new operator themes include the Fallout operator (the smiling blue and yellow boy seen above) and the Quake Champions operator. As for the Mimics, they can now choose between a glorious golden crown or a super spoopy witches’ hat. None of these will make all that much difference mechanically, but seeing a Mimic pop-out with a crown on its noggin should be a fun sight at the very least.

The Prey: Mooncrash Blood Moon update isn’t the last one coming to the game this summer. The Typhon Hunter multiplayer mode is still set to drop sometime before autumn sets in.

Prey: Mooncrash is currently available on PC, PS4 and Xbox One.