The latest news in the world of video games at Attack of the Fanboy
December 26th, 2014 by Danny Vittore 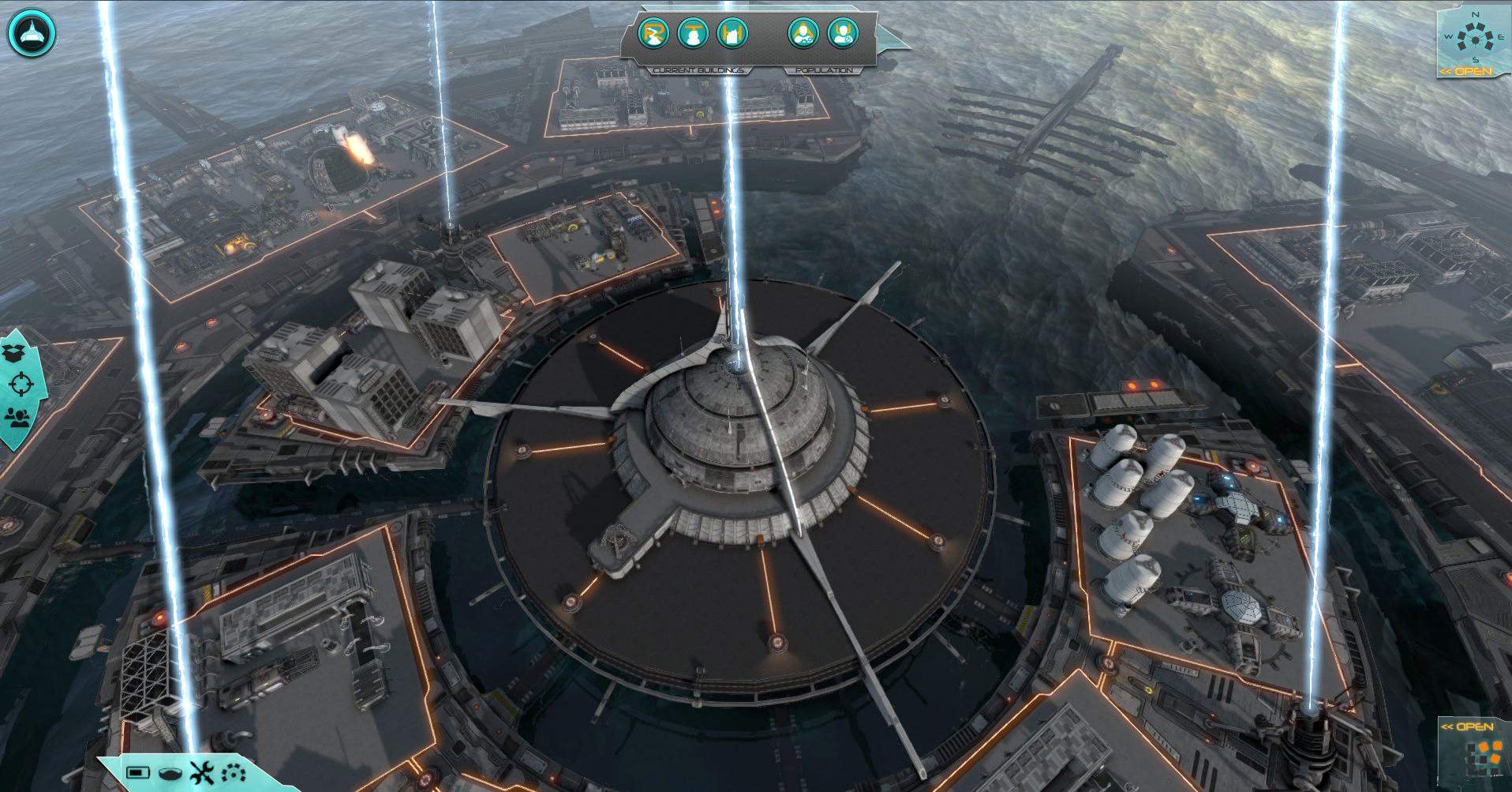 City building simulators have, for a while now, been a bit out of the vogue. Ever since the debacle that was SimCity, major developers have largely avoided making forays into the genre. Thus the reins have been left to smaller publishers and indie developers with games like Tropico 5 and Banished being the more memorable titles since 2013. However, it now seems that publishers are getting back into the mix again with games like Cities Skylines and Cities XXL being promised for release next year. This, however, doesn’t mean the indie scene isn’t still in the mix and Project Aura is the most promising of the lot.

Project Aura isn’t just any normal city-building sim. In Project Aura you take charge of a colony, floating on the oceans, of survivors that have survived devastating climate change. The story is, some time during the 21st century, humanity had realized that climate change had reached a critical point of no return and, in order to save the species, colonies for hibernating humans to wait out the storms were created. This is where you come in, some unspecified time in the future, you have been tasked with awakening the hibernating humans to restart human civilization by building up your colony.

Your colonies will start out with no development, but just enough resources to get you started. You will need to balance your resources, like food and currency, to ensure a thriving colony. Eventually, you will be able to expand the colony by building more buildings and platforms (being a floating colony, you will eventually run out space after all). You will have to eventually make the choice of being either a self-sufficient colony or one that trades with others.

Other interesting features include the ability to make expeditions onto the climate devastated planet to retrieve artifacts and find out what event had occurred. It also appears that a major way you will be able to exercise control over your colony is through the manipulation of organization charts where specialization of your citizens will matter greatest. You will be also need to take care of your citizen’s needs, for example, a citizen who is specialized as a farmer would lose morale if forced to work as a director.

The visuals of Project Aura are quite nice to look at, but at the same time the minimum requirements are not particularly demanding.

Project Aura will enter Early Access on Steam on the 5th of January, 2015.

Are you looking forward to see what Project Aura brings to the table? Let us know in the comments below!