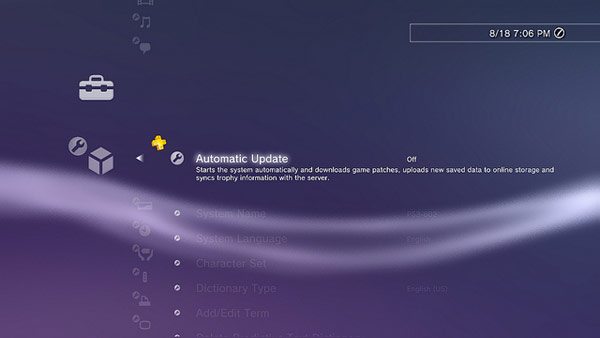 Even though Sony is concentrating all of its efforts on the PS4 right now, there is still a sizeable number of people that still own and play on the PS3. Sony hasn’t forgotten about you guys as a new update is available for you to download.

System software update 4.80 was released for the PS3 earlier today, although no formal notes or announcements were revealed for it yet. I turned my PS3 on and I was prompted to download the new update.

It’s more than likely this is just another stability update. Many people have migrated over to the PS4 now, so it’s unlikely at this stage that the PS3 will be getting any major features. The only things that will be patched are specific video games or apps.

The PS3 is still being supported unlike the poor old PS Vita. You can still use many apps and services on the PS3. The PS Vita’s apps have stopped support such as YouTube and even Facebook. Skype is the next big app that will be unavailable to PS Vita owners soon.

It will be interesting to see how long the PS3 continues to be sold in retailers with rumors of the PS4.5 entering the market in the near future. Sony is likely to make an announcement on the PS4.5 at E3 2016.