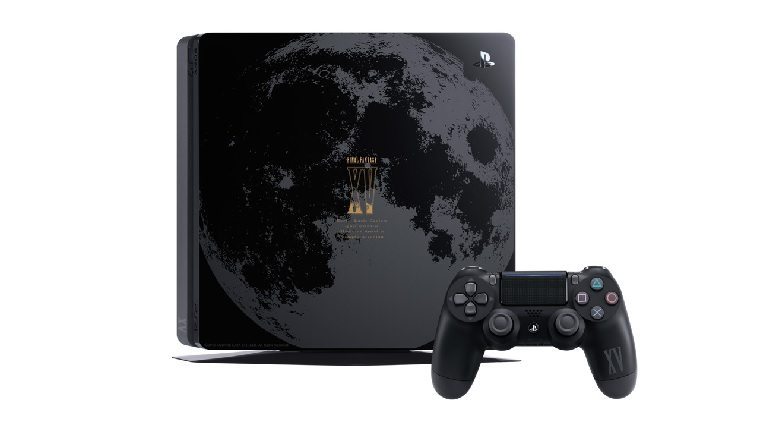 The PS4 Slim model officially launched two days ago in the US ahead of the PS4 Pro in November. At Sony’s pre-TGS conference, it was revealed that a special edition Final Fantasy PS4 Slim bundle was coming and now the bundle is available for pre-order.

This isn’t just a bundle for a PS4 Slim with the game either, as the PS4 has a special design specifically for the game that looks gorgeous. It also comes with a controller with the XV logo found on it as well.

Not long after the console’s reveal at the pre-TGS conference, it was announced that this bundle would be exclusive to GameStop in the US, which now has it available for pre-order.

This console bundle is stated as a “Limited Edition,” so there likely will not be a massive amount of them available. We saw how fast the collector’s edition of the game sold out already, so it wouldn’t surprise me if this eventually sold out before release.

If you are interested, go ahead and get your pre-order in at GameStop’s website and look for the bundle and game itself to release on November 29.