PSA: Play Gears Of War: UE By Monday To Qualify For Gears 4 Beta

The latest news in the world of video games at Attack of the Fanboy
February 28th, 2016 by Scott Grill 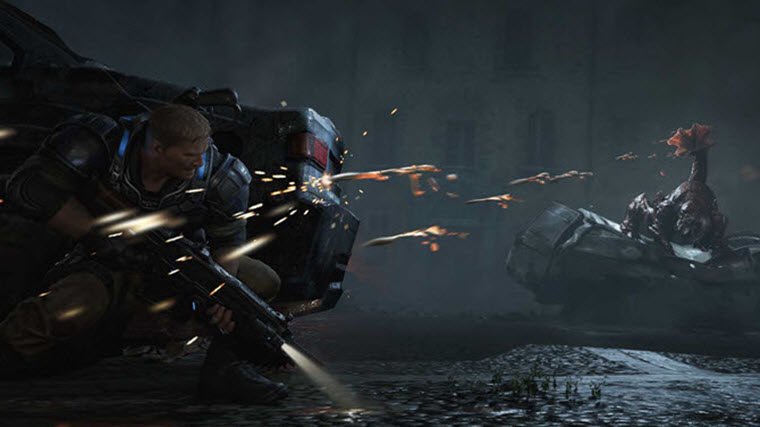 If you want a guaranteed early access spot in the upcoming Gears of War 4 multiplayer beta on the Xbox One, you have one final shot Monday before the start of March.

The Gears of War: Ultimate Edition promotion that grants early access to the Gears 4 multiplayer beta is scheduled to end after Monday, February 29. The only requirement to get into the beta is to login and play on an Xbox One, according to the fine print posted on the Gears website.

Note the catch here. You don’t have to own Gears UE. You just have to play it with your Xbox LIVE gamertag to gain access. There are numerous ways this can be exploited from signing in on a friend’s console and playing the third-person shooter to doing the console sharing thing and setting your Xbox One as a friend’s home console and downloading the game to play.

Those that already received the free backwards compatibility codes for Gears 1, 2, 3, and Judgment should be good to go as far as the beta.

It’s also important to remember that spring 2016 begins on March 20 and ends on June 20. So, there’s a big window for Microsoft and The Coalition to fit the Gears of War 4 beta in.

[Image via Gears of War]