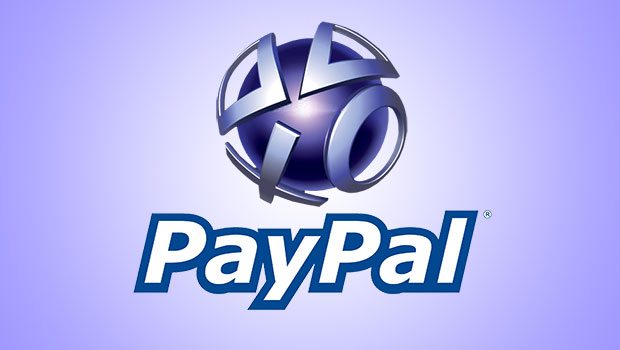 Now that the Sony Entertainment Network is finally accepting PayPal transactions, the digital only era officially begins for me.  Before using Paypal with my PSN account, I was forced to order “digital download” copies of $20 and $50 dollar pre-paid PSN cards from Play-Asia.com.  It was fast, and I got access to my code almost immediately via e-mail or just my account thru their website.  But adding money to my PSN wallet with PayPal is just easier.  And better.  Much, much better than what I was doing before.

Here in Japan, there’s a consumer culture that has not backed credit cards for a very long time now.  It’s still a cash based society that doesn’t really support many forms of digital money like credit or debit cards.  Chargeable pre-paid cards for catching the train and buying snacks at vending machines are becoming more common, but not credit cards.  This might be part of the reason why the Japanese PlayStation Store is vastly inferior to its cousins from the West.  It still hasn’t undergone the recent update, turning the PlayStation Store into something that looks similar to the YouTube app for consoles.  I think the recent update is a little clunky, a bit of a behemoth to load up, but still better than searching around the Japanese PSN.  Searching for a game alphabetically in Japanese is a lot harder than it sounds.  In Japan, Final Fantasy doesn’t start with ‘F’, which is a sound they don’t really have in their language.  Alphabetically, it starts with hu, or fu.  ファイナルファンタジー （Fu-ai-na-ru Fu-an-ta-ji!)  I have to get out my dictionary just to look up Vagrant Story.  Again, they don’t have the ‘V’ sound.  Suffice it to say, the Japanese PlayStation Store is a pointless mess with very little digital content compared to the rest of the world.

Japan is falling behind in the digital universe, and that’s okay, for now.  They still love their handheld gaming, 3DS and PSP.  They still have video stores over here, stocked with DVDs and BluRays.  The Blockbuster of Japan is called Tsutaya, and my wife forces me to go there every week.  I keep telling her I can just download the damned movie, but she doesn’t like that, mostly because she doesn’t understand how it works.  Video streaming services like Hulu and Netflix still aren’t available over here.  I can access the apps from my PS3 while logged into my North American account, but it still knows my IP address is Japanese.  “This service is unavailable in your region.”  I thought this was a thing of the past, but not in Japan.

But now the PSN accepts PayPal transactions.  Before that I was spending about $28 for each and every $20 PSN pre-paid card.  The website I was using only offered cards for the US network.  So I had to pay with Canadian dollars from a Canadian PayPal account, convert to American dollars, wait for delivery of the code, then create an American PSN account on my PS3 with my G-mail address, then deposit the funds and download whatever DLC I wanted.  Don’t ask me why the site was charging $28 for a $20 dollar card.  Their $50 card was on sale for $61 dollars.  I’m glad I don’t have to go through that crap anymore.  I only used the website for PSN cards about four times, each time a $20 card.  That got me some Mass Effect 2 and 3 DLC and the Walking Dead Game.

Thanks to Sony’s decision to finally support PayPal transactions, I won’t be losing money like I did when using that somewhat sketchy gaming site based in Hong Kong.  Actually, Play-Asia has been pretty good to me over the years, hooking me up with all the English language games I wanted from half a world away.  I really recommend them for easy access to lots of rare and hard to find Japanese imports. But that system is somewhat archaic in today’s digital society, and it looks like Sony is finally ready to leap ahead in this department… Or at least get up to speed. I also won’t have to get a credit card; that whacky plastic with the power to bankrupt whole nations.

At least Japan is getting something right, personal debt.  It has come at the cost of joining the digital revolution, but as a country they’ll have to catch up soon.  I’m on board now.  Next up, Journey and Far Cry 3 directly from the North American PSN.  No hurdles to jump, no hoops to hop through, digital delivery as its intended to be, and it’s about damn time!