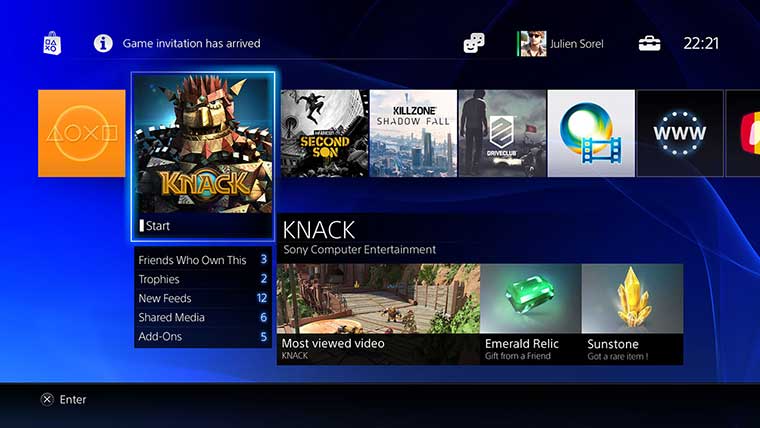 Remember that ‘wave of the future’, ability to access your entire catalog of games that the Xbox One was touting in their early reveals?  Well it looks like Sony is going to have a similar feature, one that will allow players to access all of their games from any PS4 console.

Speaking at the Develop Conference in Brighton, Neil Brown explained the new accesibility features of the PS4.  According to Brown, and engineer for Sony, “You can visit your friend’s house, you can log into your account and play any game from your digital library.”

Brown says that this will be made possible by the play as you download feature on the PlayStation 4.  “But how useful is that if it takes half a day to download the game you want to play? With Play As You Download you get much quicker access to at least the first section of the game so you can start playing quicker. So this makes a digital library a practical option in the real world.”

The engineer also spoke about how a similar feature will work with disc-based games as well, with Bluray chunks copied to the hardware’s HDD.

“This means that after the first few minutes your game can rely on having faster read speeds from the hard drive. Which provides a better experience for players, and this is a completely background process for the player. They don’t have to wait for anything to install before playing the game. The game will launch as soon as the disk has been put in the drive.”

This sure does sound a lot like the system that the Xbox One had prior to reversing their practices on DRM.  Unfortunately, they cancelled the plans for these accessibility features because of the policy shift.