PUBG Creator Explains the Origin of the Game’s Most Notorious Item: the Pan 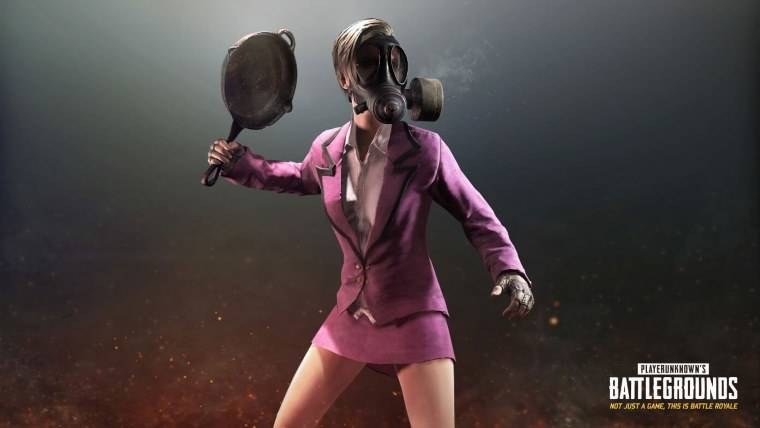 PlayerUnknown’s Battlegrounds is a game that has built itself off of its community. Starting as a little known indie title, it has swiftly become one of the biggest games in the world, thanks in large part to its dedicated core audience that pushed it to such high levels. This, of course, means the community has a lot of inside jokes and memes that have become intrinsically tied to the game.

None are more popular or widespread as “the pan”, an in-game item that is highly regarded for its absurdity and excellent protection from incoming fire. Now, in a new interview with PUBG creator Brendan “PlayerUnknown” Green, we get to find out the origin of the notorious weapon.

After making a lighthearted joke about praising the pan, Green explains “no, I never saw it as becoming a symbol of the game. It really was my mistake. So I put it in as a tribute to the Battle Royale movie. Except there is no frying pan in the Battle Royale movie. There is a sauce pan lid, so I just misremembered what was in the movie. But, you know, now it’s become a symbol of the game, and I love that.”

The movie, in case you have missed out on the masterpiece that is Battle Royale, is a major source of inspiration for the genre that has taken over modern shooters. In it a group of high school children are abducted and placed on an island where only one will be allowed to survive. They are handed bags with random weapons inside, one of which is the sauce pan lid that PlayerUnknown mistook for a frying pan. What ensues is very reminiscent of what one would find in a random PUBG match, though no one has a pan that can protect their butt from incoming bullets.

For more on PUBG check out the full interview below.

Brendan “PLAYERUNKNOWN” Green about creating a PUBG, esports and pan

Home / Game News / PUBG Creator Explains the Origin of the Game’s Most Notorious Item: the Pan