PUBG Mobile is Getting a Jujutsu Kaisen Crossover 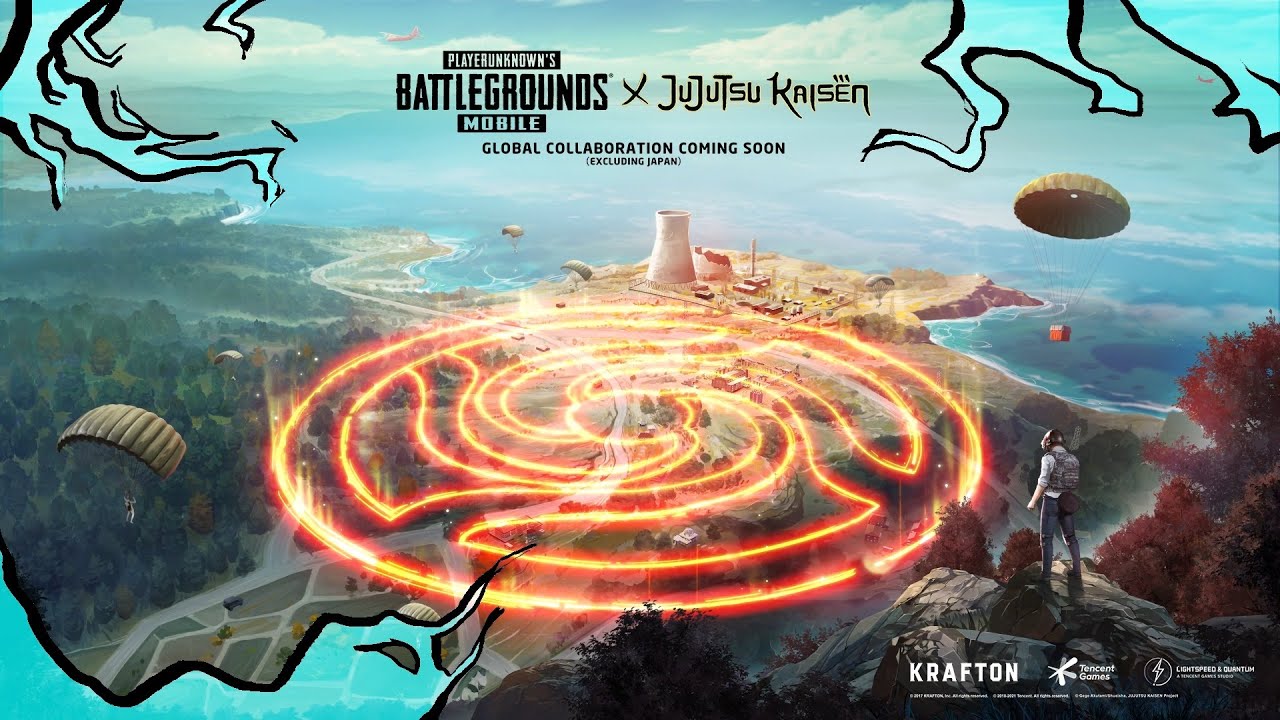 PUBG Mobile Indonesia has announced that Jujutsu Kaisen is making its way over to the infamous battle royale game PUBG Mobile. The announcement was made during a presentation that took place on August 29th

The announcement was very brief and only featured a vague promotional image that shows off what appears to be a curse rippling through the PUBG’s Spawn Island map.

Take a look at the brief announcement during the PUBG Mobile Indonesia presentation, it comes up at around the 16-minute mark.

The announcement also doesn’t clarify how the crossover between PUBG Mobile and Jujutsu Kaisen will work, but it is safe to speculate that some sort of cosmetic items resembling the series’ characters are going to show up once the crossover kicks off.

Other than that, it is still very unclear what else can fans look forward to from this collaboration. Previous collaborations of this caliber have included some map changes as well as downloadable voice packs that would make players in-game sound just like their favorite characters. Whether the Jujutsu Kaisen cross-over will include any of these game features is yet to be seen.

PUBG is also gearing up for their upcoming title PUBG: New State which will also be free-to-play, and is expected to recreate and enhance the battle royale experience fans have come to love in PUBG: Battlegrounds. The release date is expected to be around October 2021, and players are right now encouraged to pre-order the game for in-game rewards when it releases.

PUBG Mobile was released back in 2017 and is currently available on Android and iOS devices, however, there is no release date as of right now for the announced Jujutsu Kaisen crossover.