Puyo Puyo Tetris is Coming to Steam in February

The latest news in the world of video games at Attack of the Fanboy
February 6th, 2018 by William Schwartz 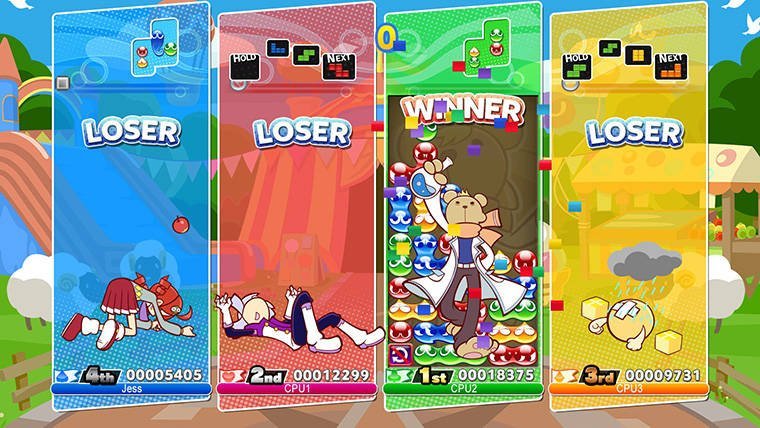 Sega has announced that Puyo Puyo Tetris is coming to Steam on February 27th and is currently available for pre-order on the platform for $17.99.  The puzzle game mash-up of Tetris and Puyo  Puyo will feature numerous modes for both single player and multiplayer.  The game will also feature both English and Japanese audio options.

Listed features for the game include Adventure mode, where players will play in a single player mode that features 10 different acts, each with ten stages that feature characters from the both franchises.  In these stages players will need to face unique challenges to proceed.

Other modes include: Multiplayer Arcade, Versus Mode, Swap Mode, Fusion Mode, Big Bang, Party Mode, and many others.

Pre-orders for Puyo Puyo Tetris prior to the release date on February 27th will receive a 10% discount on the game and those who pre-order will receive exclusive wallpapers and in-game avatars alongside the discounted price.

It’s worth noting that the Steam page for Puyo Puyo Tetris also says that the game will incorporate 3rd-party DRM in the form of Denuvo Anti-tamper technology.

Look for Puyo Puyo Tetris to arrive on February 27th, after which the game will cost $19.99.