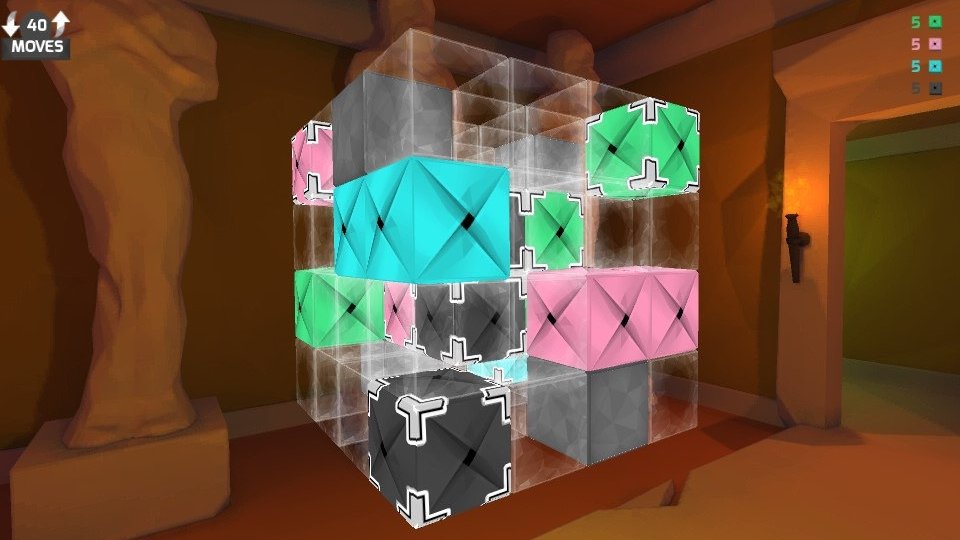 Blot Entertainment would like you to get your puzzle on in their new upcoming block-based puzzle game, Bloxiq for the PlayStation Vita.

Earlier today the developer went on the PlayStation Blog to show off a trailer for the upcoming puzzle game releasing next wee for the PlayStation Vita. They event went as far as touting that several developers on the staff have called it the ‘Demon’s Souls of puzzle games’. That is an extremely high boast, but the developer looks to create easy to pick up but tough to master puzzle titles just like Echochrome or Devil’s Dice. Creative director, Justin breaks the game down to the simplest element;

“Bloxiq starts with the standard concept of color matching and brings it into the third dimension. Manipulate rows or columns of blocks by sliding them around a 3D level to connect four in any direction. Sounds simple, right? One of the best feelings is when you figure out how to match blocks in intricate ways that challenge your spatial thinking.”

Bloxiq is set to have over 100 unique levels across seven different worlds, each with one correct solution. It will incorporate touch controls and physical controls to solve puzzles. Check out the trailer below showcasing some gameplay for the upcoming title.

Bloxiq is set to release for puzzling fans on the PlayStation Vita on April 14th, for $9.99 on the PSN Store.