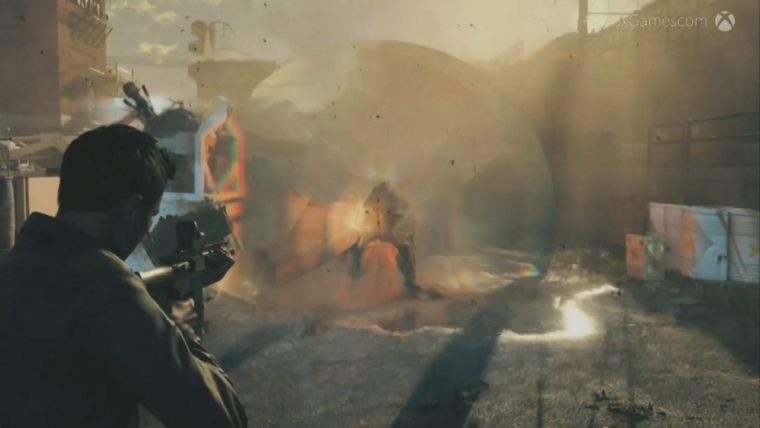 The Xbox One exclusive title Quantum Break has been somewhat shrouded in mystery since its initial unveiling over a year ago. Fans have waited and wondered what the time travelling action game would actually end up looking and playing like. Those fans can wonder no more with Microsoft and Remedy Entertainment unleashing the first gameplay trailer for the upcoming game.

At Gamescom 2015 Microsoft opened their briefing with the epic trailer, showing off the all-star cast, bits of the story, and a bunch of actual gameplay. That all-star cast includes the like of Xmen’s Shawn Ashmore, Game of Thrones’ Aidan Gillen and Lord of the Rings’ Dominic Monaghan.

The story involves time travel gone wrong, including a murderous Gillen who has been corrupted by some sort of time incident. The trailer took players back to where time travel was invented, showing some deep mythos that should be included in the final Quantum Break experience.

The real star of the trailer was the time abilities that the player will seemingly have at their fingertips. Stopping or slowing time, creating pockets of dilated time, it all looks fascinatingly fun. Just what you’ll be able to do hasn’t been totally explained, but from what was shown here, gamers will have near complete control of their surroundings.

Stop time, rush in and take out the nearest guard, or fire some shots into a nearby car and let it explode once you restart the regular flow of time. It looks really interesting, so check below for the trailer.

Quantum Break launches on April 5th exclusively for Xbox One.