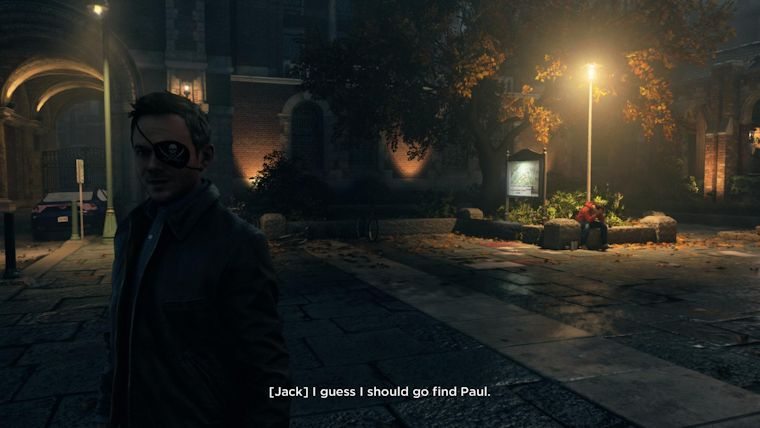 Quantum Break had been in development for a number of years, but it wasn’t until fairly recently that it was revealed that it would be coming to PC through Windows 10 in addition to its Xbox One release. The game is officially out now and with that release has surfaced a rather funny piracy easter egg.

Piracy and gaming is something that has been present for years, but so far Windows 10 based games have yet to be figured out by pirates. However, Remedy Entertainment still put in a funny little easter egg that is showing up due to a glitch that makes the game think it is not a genuine copy.

As found by a Reddit user, you may all of a sudden notice that Jack will be wearing an eyepatch with a skull and crossbones on it. This is similar to what was done previously in Alan Wake, but here it is actually due to a glitch.

The game’s Windows 10 version FAQ page on its official website addresses this as well, by saying “DRM might’ve accidentally triggered. Reboot the game and eat a lot of vitamin C.” If you by chance experience this glitch, simply do that and Jack should lose the eyepatch.