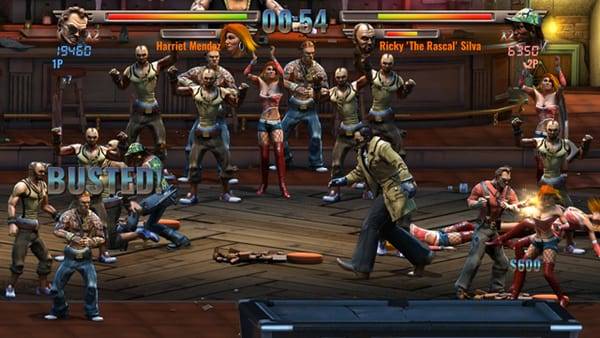 Team17 and MakinGames, a studio formed of former Rare developers, have announced Raging Justice, a beat ’em up that looks like it will be epic and brutal in equal amounts.

Described by the developers as a “classic beat ‘em up, dragged kicking and screaming into the 21st century,” Raging Justice appears to be just that, apparently featuring many of the hallmarks of classic beat ’em ups from the 80s and 90s.

Here is an overview of the game via Team17:

The city is in chaos! With crime and corruption around every corner, it’s all down to a team of hard-hitting justice seeking mavericks, to clean up the streets with some tough justice! Raging Justice is a classic beat ‘em up, dragged kicking and screaming into the 21st century. Created by ex-Rare developer, MakinGames!

— Bone Crunching Combat: Rain down maximum brutality on merciless criminals in savage side scrolling combat! Battle your way through adrenaline fuelled 2D carnage with unmistakeable classic fighting!
— Arrest Warrants: Choose between playing by the book, dazing and arresting your foes to gain health and complete level challenges, or take the law into your own hands, arm yourself and deliver a devastating style of justice. With hordes of brutes surrounding you, will you be a good cop or a bad cop? Be warned, actions have consequences…
— Weapons: Unleash absolute destruction by gearing up with an insane variety of weapons! Smash through a bar fight with a stool, hack and slash through alleys with a knife or mow down mobs in a lawnmower! Justice has never felt so sweet.
— Local Co-op: Take on the criminal world alone or enlist a partner, to aide you in some co-op carnage! All out annihilation is ensured as you unleash the rage within…just make sure your targets clear, or you may fall victim to the anarchy of friendly fire!
— Global Leader Board: Forget good cop/bad cop, remove your shades and set your sights on becoming the best cop! As the tensions rises, so does your score. Do you have what it takes to be awesome?

Overall, it looks like an amusing combination of Killer Instinct, Battletoads, Streets of Rage and Final Fight. Why the heck not.

Raging Justice is due out for the PlayStation 4, Xbox One, Switch, and PC in 2018.