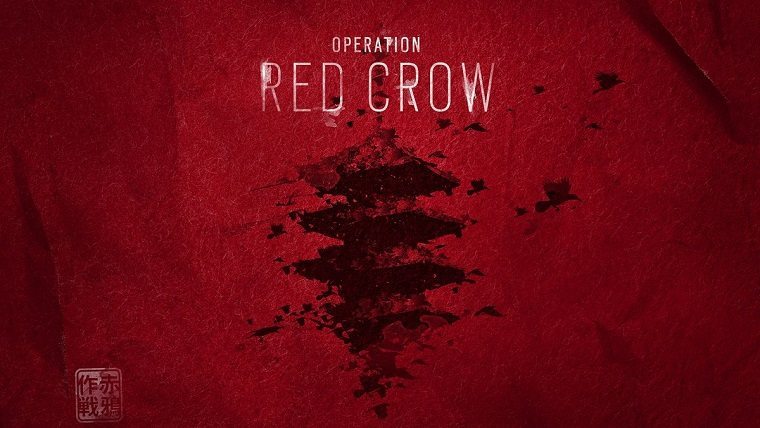 While we had been getting leaks regarding Ubisoft’s final free DLC for Rainbow Six Siege recently, they are now officially starting to share some news on the content. While we don’t have the complete scoop on the content yet, Ubisoft has confirmed that it is called Operation Red Crow.

The publisher made the announcement on the game’s official Twitter page, which was also attached to some new artwork that can be seen at the top of this post. Despite the lack of accompanying information, they claim that “Further intel will become available this week.”

However, thanks to the leaks that we had been getting we do have some information to share. The new map that is included appears to be set in a Japanese skyscraper, and the new operator will potentially be called Tareri. Considering the Japanese that is contained in the official teaser image, this definitely seems to be legitimate information.

We don’t have information on when Operation Red Crow will release specifically, but it’s likely that it will be during this month. It will be available to download on PlayStation 4, Xbox One and PC. Stay tuned for when more information is released.