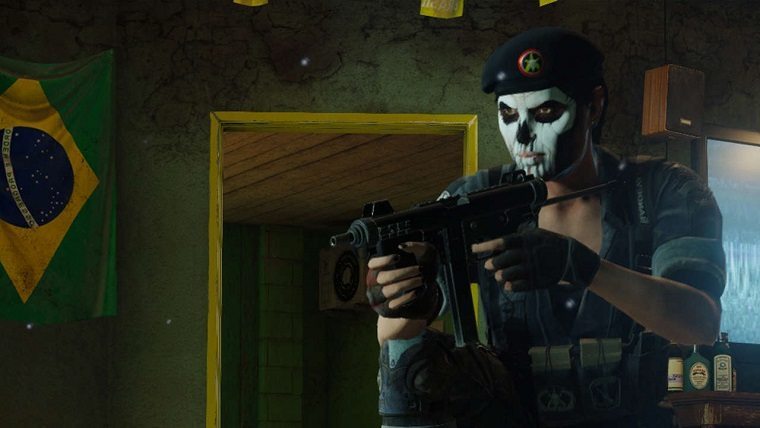 Rainbow Six Siege is getting a new patch that comes with plenty of general fixes that many would come to expect, though it also includes a fix that stops players from avoiding the consequences of Caveira’s interrogation. As you may know, Caveira has the ability to interrogate enemies to then reveal the location of their allies, though players had been quitting early to avoid having that happen.

However, this new patch will make that impossible now, as even if the player quits during an interrogation the information will still be received. This will be a major improvement to the game’s multiplayer, as it had been an issue that was annoying many players.

There are plenty of other changes that come as a result of this patch, which launches for PC today and will come to consoles on October 18th. Check out the complete patch notes below.

Today we will be updating to our latest internal network library. This upgrade does not come without risks, but is a pivotal steps toward having a more reliable service, as well as give us the tools we need to correct connectivity issues more quickly. While this update will not correct all connectivity problems right now, the update to our infrastructure is aimed more towards preparing us for the road ahead. You will see a reduction in connectivity issues in future patches as we continue to utilize these improvements to positively impact your gaming experience!

As this is new technology that we are experimenting with, there is a possibility that we may be forced to perform a roll back to Patch 4.2. If this is the case, we will correct the issue and deploy the changes below in Patch 4.4, prior to the release of Season 4.

Some players would exploit a bug that would prevent Caveira from successfully finishing an interrogation. She has received additional training and will now complete her interrogations regardless of whether or not an enemy player quits.

As promised, we are continuing to make improvements to our process for identifying and punishing team killers. In Patch 4.3, we have activated an anti-bullying feature. This is intended to prevent players from targeting a teammate and griefing them repeatedly. Players will now suffer the standard team-killing penalty after killing the same teammate twice.

As a reminder, the team-killing penalties can be found below. Be advised that we do not offer appeals for team killing bans.

We have implemented an additional update for BattlEye. This update will not add any programs to the white-list.